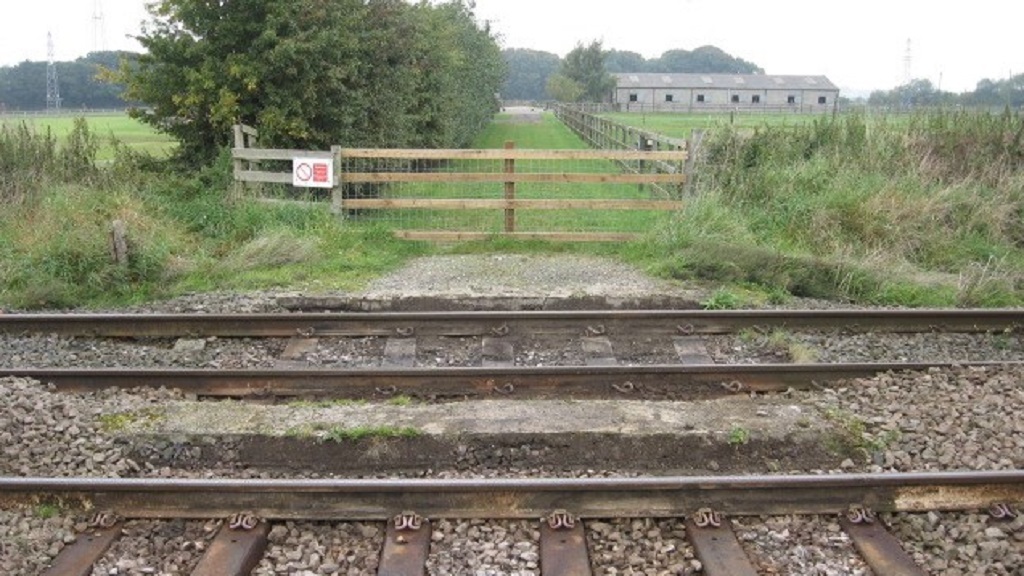 An incident involving a farming vehicle takes place at a level crossing across the country on average every week, with farming vehicles listed as the third most specific vehicle type involved (13%), only topped by lorries (32%) and cars (28%).

While Britain has the safest rail network in Europe, level crossings are one of the biggest public safety risks as Network Rail’s 20,000 miles of track is crossed by around 3,800 public and private vehicle crossings.

In the last 10 years alone, five people have lost their lives in vehicles at level crossings on farmland, with many more being hurt and injured.

This follows a recent study by Populus on behalf of Network Rail that revealed one in nine people (11%) would drive straight over a level crossing if they had checked the train timetable and believed no train was coming. This is particularly dangerous as freight trains or other trains not listed on the public timetable often pass through level crossings at speeds of up to 100mph.

Allan Spence, head of public and passenger safety at Network Rail, said: “It’s clear that there is a lack of knowledge around how dangerous the railway can be. We are still seeing farmers take risks at level crossings every day – putting themselves and others in danger.

“With so many new farmers learning to drive vehicles from family members, there is a risk that the correct guidance is not being passed down. By following a few simple rules people can learn how to cross them safely and with confidence. Nothing is worth risking your life over, just to save a few minutes of time.”

Stephanie Berkeley, manager of the Farm Safety Foundation, said: “Many of the young people we deliver our farm safety training to in colleges and universities across the country tell us they have never considered the dangers of working close to railways and level crossings. Teaching them how to work alongside it and respect it, is absolutely vital to keep them, their colleagues and their livestock safe.

“Educating farmers on the hidden dangers they can encounter every day is really important. Awareness of the many dangers is one thing, but we need to see a real behavioural change and changing attitudes to risk-taking can help reduce the number of incidents and fatalities that continue to give farming the poorest safety record of any occupation in the UK.”

Inspector Becky Warren from British Transport Police, said: “We run a number of activities at level crossings throughout the UK. We want to raise awareness, help to educate drivers on how best to use level crossings and the potential dangers and consequences of deliberate misuse. Failing to stop when the lights come on, or worse still when the barriers start to come down, not only puts you and others in danger but these are also offences which will lead to you being prosecuted.”

stephanie_berkeley_zl4u2oa9Are you dicing with death at level crossings?11.12.2018