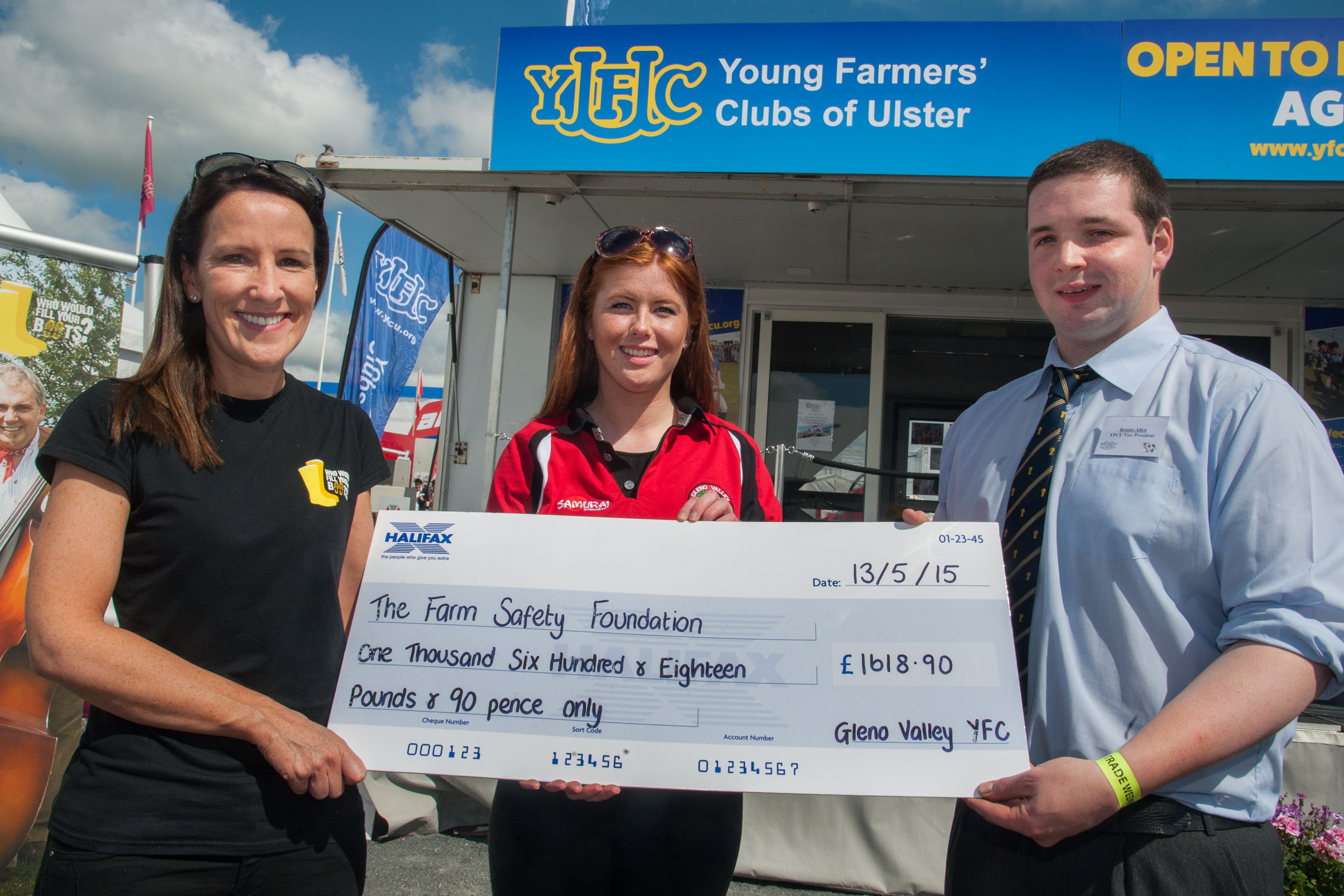 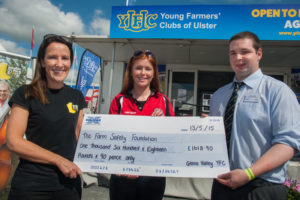 Twenty-year-old Chloe McIlwaine, a student teacher at Larne Grammar School in Northern Ireland, approached us following the tragic death of her grandfather Usher McIlwaine in a farm accident three years ago. Chloe, from Ballynure, says: “Granda was herding the cows on a quad, and when he turned out onto the road he was hit, and killed, by a car. Unfortunately there are very few of us in the farming community who haven’t been affected to some extent by a farming injury and I decided I wanted to do something useful to highlight the dangers on farms. I contacted Stephanie as this is what the Farm Safety Foundation was set up to do. My target was £1,000, but we have raised over £1,600 with more donations to come.”

We are so grateful to Chloe and the relay team from  Gleno Valley YFC for their marathon efforts and we are excited about working with YFCU to bring educational programmes to Northern Ireland’s young farmers, ensuring we are encouraging the next generation to challenge poor or unsafe practices on their own farms as well as through peer pressure. We have been impressed with the work of YFCU and clubs like Gleno Valley to enhance the skill sets of young people in the agricultural industries and with their commitment to farm safety. We will be working with YFCU President Roberta Simmons, her Vice President Brooks Allen and all the team to bring the message to the 60 Young Farmers’ Clubs across the province and indeed across the whole of the UK in the hope that together we can make a difference and change attitudes to health and safety in the farming community.

What Emma did Next…