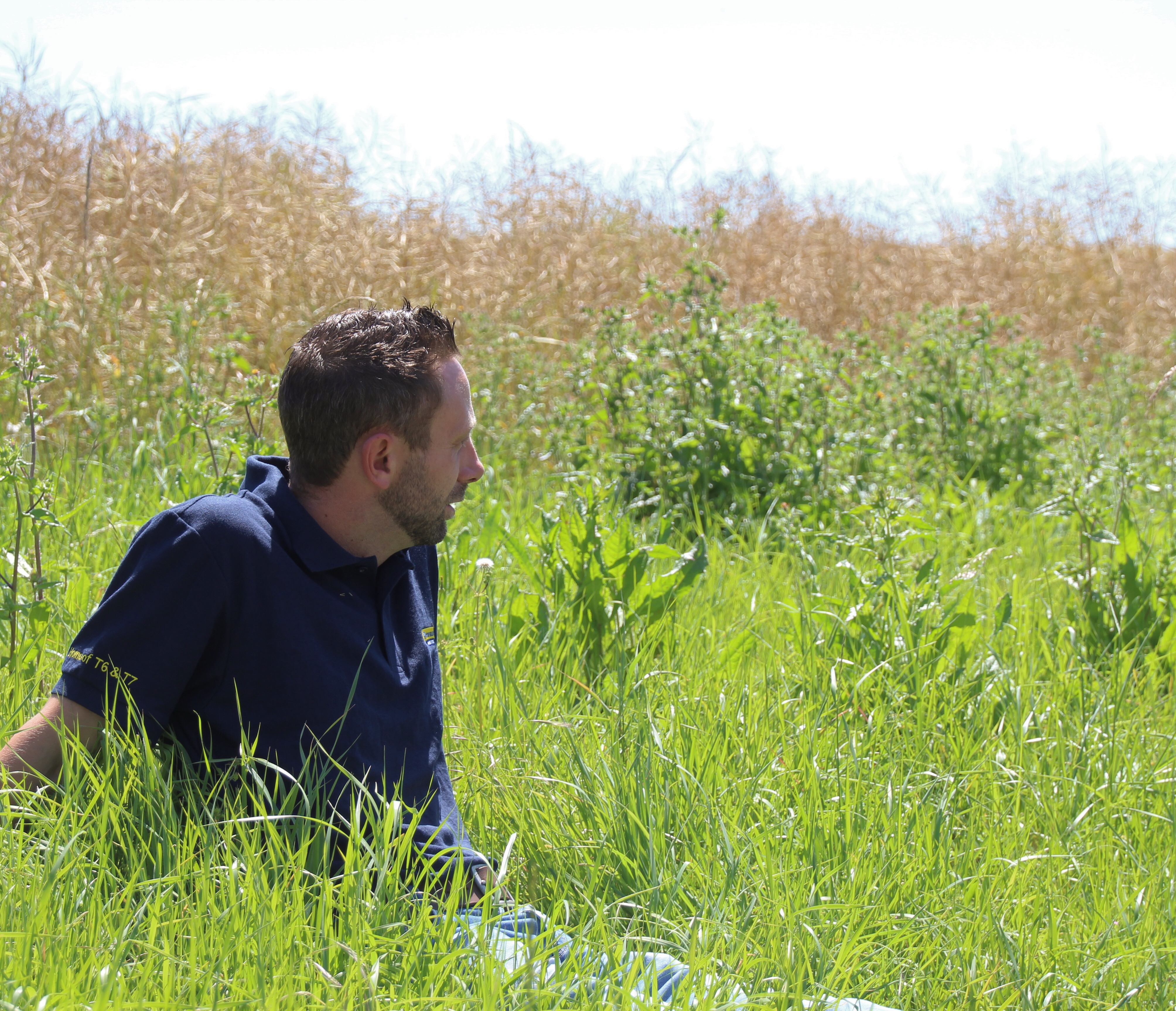 Northern Ireland farm worker Chris Surgenor arrived in Essex in 2014 to help out for the summer on a large farm. Work at home in Kilkeel, Co.Down was scarce and Chris was having to take on two or three jobs at a time to make ends meet. In February the following year he was offered a permanent role at the farm in Essex and he jumped at the chance.

Being a family man however, Chris found it difficult saying goodbye to his family, especially his Grandmother who he loved dearly, and his friends Paddy and Gary who were always there, supporting him, making him laugh and testing his limits.

At 16 years of age, Chris had been diagnosed with Leukemia and spent a year receiving life-saving chemotherapy and a bone marrow transplant at Belfast City Hospital’s newly opened Cancer Centre. A time he remembers with mixed emotions. On one hand it cemented the friendships he had made however, coming so close to death made him realise how short life can be and how much one person can physically take. Chris decided to mark this time with a tattoo on his arm which reads “Even at my weakest moment, I know I am strong because I survived” a permanent reminder of battling and overcoming a life-threatening illness. Looking back, Chris admits that this experience triggered a long period of low mood. It lingered, always, but it had been manageable until recently. 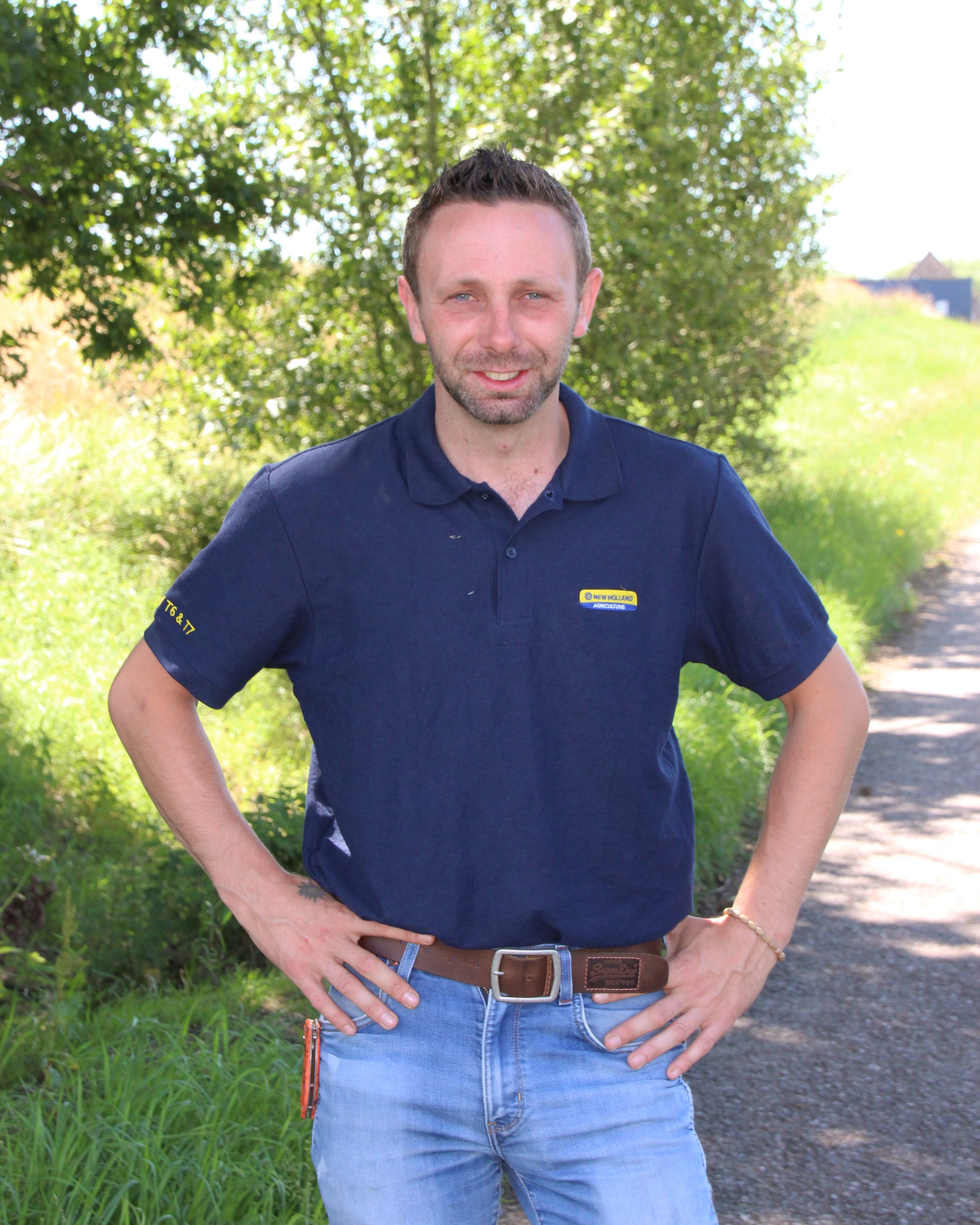 Fourteen years later, Chris found himself facing another life-threatening illness – depression. He admits he had been happy for four years in Essex; enjoyed his job and had a girlfriend who was loving, supportive and everything he had ever hoped for but something wasn’t quite right. As with many farmers, the issue of rural isolation was a massive factor and, following the death of his beloved dog in November, Chris started to think more about mortality and worry about his “Nanny’s” failing health.

“I realised that I didn’t actually have any in Essex. It wasn’t like home. I didn’t have a social circle and found it difficult going into a bar and striking up a conversation as I wasn’t interested in the things they were talking about, money, football… you know…”

The students who joined the farm for the summer months helped a little as Chris was able to socialise with them but when they returned to college he was left alone again.

At this time, Chris’ Nanny’s health deteriorated and his girlfriend noticed that he was starting to become more distant. Chris put a brave face on and didn’t share the dark thoughts that were going through his mind as he didn’t want to worry her, something that he now regrets profoundly.

“She was so amazing and caring and I know she had her own concerns but I really believed that I had to ‘man up’ be strong and get on with it. We were both trying to keep it together so much that we ended up pushing each other away.”

In February this year, the relationship ended when Chris, determined to plan a great gesture for her birthday and Valentine’s Day, ignored her suggestions that she wanted a simple day horse-riding on the beach and this was the final straw.

“She realised that I stopped ‘listening’ to her. That I was so caught up in my own thoughts that she had been sidelined. She had been so supportive of me for so long but I pushed her away. I have learnt that this is something that many depressed people do but the reality was that my mental health issues infected her headspace too.”

After the breakup Chris went down a slippery slope and tried to block everything out but he couldn’t. He worked 10 hours a day, didn’t speak to anyone and returned home to an empty house where he’d grab a beer and drink the night away. Chris lost 6 kilos in one week and with no sleep, found himself in a very dark place. After asking the Farm Manager for some time off, a chance encounter with the owner of the farm led Chris to admit that something was going on.

“He sat back in the office and just listened” says Chris “and at the end he pulled out his phone and said ‘You need to speak to a doctor’. I hadn’t even registered with the local GP so we went to the hospital and spoke to the specialist mental health services who referred me. They gave me some anti-depressants which made things worse and left me to wait for an appointment.

“This was my lowest point. I had admitted I needed help. I was trying to find this help but no one was reassuring me and I felt like I had been abandoned. I wondered what’s the point? I wasn’t fit to work. I had no girlfriend no friends and I couldn’t go home as everyone thinks I’m happy and successful and to admit I’m not would break my Mum and Nanny’s heart. How do I make this stop?”

Chris stood at the back door, smoking and holding a rope in his hand preparing himself to take the next step when realisation struck – he couldn’t do this to them. He stubbed out his cigarette, put the rope away and went to bed.

This proved a turning point for Chris as he stopped the ineffective anti-depressants took a short course of valium and sleeping tablets and decided he wanted to help himself. A visit from his best friend Paddy encouraged Chris to get a new dog, a Bordeauxdog.
“…like Hooch, from Turner and Hooch” he explains as I note the change in his voice. There’s something there… he sounds happy.
This giant slobbering creature called Dozer (for Bulldozer) has become a great source of comfort, companionship and motivation for Chris who recently buried his grandmother and who now feels passionately about encouraging others in a similar situation to educate themselves about the specialist services available to those in the farming community.

“I thought mental health support was only for those in cities and I didn’t want to speak to them as they wouldn’t understand. NHS waiting times are slow but I needed some support and someone to talk to in those 6 weeks while I waited for my assessment. I honestly never knew that there is help available for farmers and their loved ones. Now that I do know, I want to do something to help raise awareness of this help so that I can maybe help someone too.”

As he says: “I’ve learned that pain, tough times and even depression are time limited. I’ve fought cancer and won. No matter how horrible things have been in my life at times, things have always gotten better. So if you’re experiencing a difficult time, don’t be afraid to reach out for help. Things will get better. Hold on for just one more day. I promise things will get better.”

If Chris’ story has affected you or if you are struggling and not sure where to turn, help is available.

With just one phonecall, farmers in need can access free, impartial and confidential support from The Farming Help partnership – a collaboration between the Farming Community Network, R.A.B.I, Addington Fund, Rural Support (NI) and RSABI (Scotland) and is supported by The Prince’s Countryside Fund.
Visit www.farminghelp.co.uk to learn more