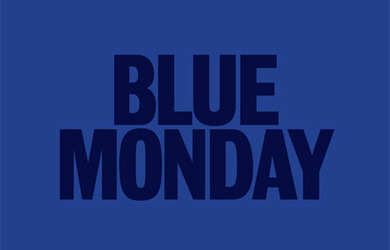 Happy New Year – 2017… Here we are, children of the digital age, for whom time moves at warp speed and memory clings to nothing and yet, two weeks later, we somehow manage to remember the relatively insignificant occasion of a single-digit change. Sure, I can’t remember what I ate for lunch yesterday, but I’m still going on with it, wishing people a happy New Year.

Anyway I digress – after a tumultuous 366 days where we said so long, farewell, auf wiedersehen, adieu to the EU and said hello to a man who defied almost all predictions to become the next President of the United States – Donald Trump – I’m wondering what 2017 holds in store for us? It’s really anyone’s guess…

One thing is for sure and that is most of us will be feeling a little flat this month. January isn’t a banner month, really.  It doesn’t have the festivity of December, the spooky excitement of October, the hearts of February or the bunnies and baskets of April. With the exception of New Year’s Day, there’s not much happening in January. It’s still dark and cold outside, there’s nothing glittery to look forward to, and pay day seems an eternity away.

The January blues hit us once the New Year’s hangover has subsided, leaving us feeling pretty lousy and regretting the amount of chocolate and crisps we consumed over the Christmas period. But I know that this is as natural as night follows day. Changing moods and mental states are like weather systems. They come and go. It’s part of being human.

Every year we’re told by the media that today – the third Monday in January is “Blue Monday,” the “most depressing day of the year.” Newsflash! There’s actually zero science behind that assertion, yet here we are again, facing Monday 16 January – another supposedly maximally-depressing day.

In our #12daysofChristmas Gareth Wyn Jones highlighted the issue of mental health in his top tip and, while many of us concentrated on the more physical aspects of farm safety, it is vital to remember the real people working in the field everyday to make agriculture as amazing as it is — the farmer. 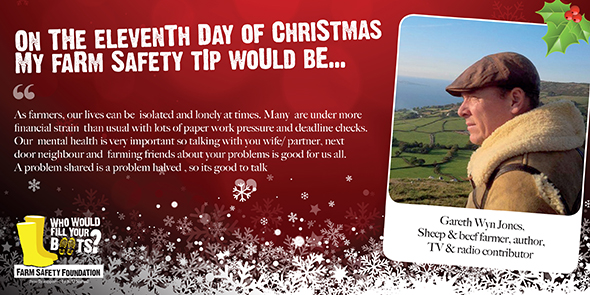 Every year your fate lies in the hands of everyone or something else, never your own: weather, disease, insects, or markets. You just strive to make the most of it.

At their core, our farmers are some of the most giving and humble people you will come across, rarely ones to give themselves a pat on the back for a job well done, or boast about their accomplishments. So I am taking the opportunity to do that for them.

Farming isn’t an occupation that you choose, it chooses you. It is in your blood from the start. It takes a pretty amazing and capable person to go through the trials and tribulations to work for a relatively small payback. There is no quitting half way through in farming; it’s all or nothing.

Stress is something that many, if not all, farmers face at some point and an important contributor to mental health problems and it can come from many sources. Financial pressures resulting from market fluctuations, livestock disease or poor harvests are obvious examples but concerns about policies, administration and legislation can also have their effect. Not talking about concerns or asking for support when stress first emerges can lead to the situation becoming far more serious.

But there is help available – According to Stuart Jamieson, National Chairman of SAYFC, their “Are Ewe Okay?” campaign in partnership with the Scottish Association for Mental Health aims to break the stigma surrounding mental wellbeing. “It’s about looking out for each other by taking the time to listen, offering a situation where someone feels confident enough to talk or by sharing information to aid our members. Everyone can get involved by just asking “Are Ewe Okay?” By raising awareness of poor mental health triggers and conditions, the Scottish young farmers hope to aid their members with the knowledge they need to recognise the signs, and how to seek help if someone is suffering.

• The Farming Community Network (FCN) have a hotline 03000 111 999 where you can talk to a real person who understands farming and rural life.

• The Royal Agricultural Benevolent Institution (RABI) can provide financial support for farmers in times of crisis such as illness, bereavement or events beyond their control. www.rabi.org.uk

• Mind is a charity that provides advice and support to empower anyone experiencing a mental health problem. They campaign to improve services, raise awareness and promote understanding. www.mind.org.uk

The point is that you are not alone so start talking. Of course, if you do feel like today holds some extra gloominess for you, that’s fine. If you don’t, that’s also fine. But please don’t let an equation — especially this one — take over your life.