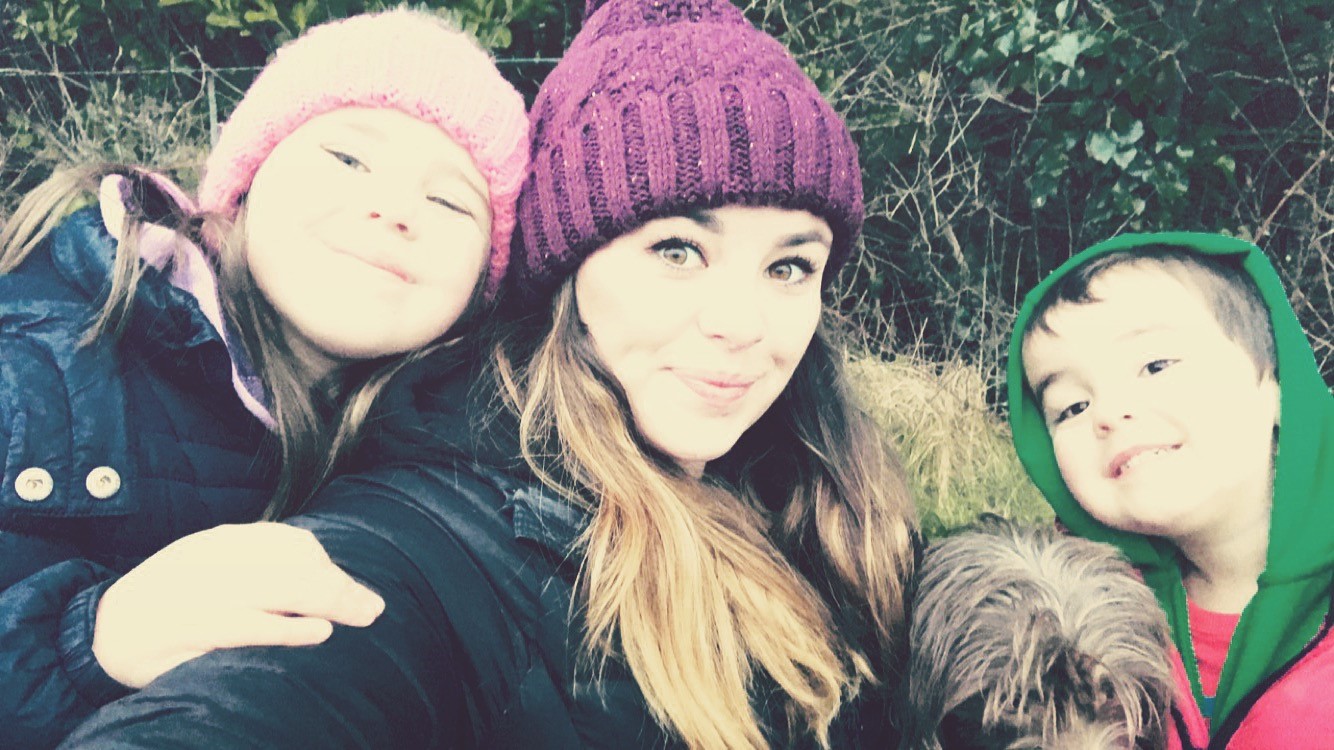 On Valentine’s Day, when many of us are celebrating with hearts and flowers, one woman’s story highlights the devastation that losing a loved one to suicide really brings and the inspiration that has driven her to set up a foundation in his memory to support people in rural communities with poor mental health, especially men in the agricultural sector. Meet the inspirational Emma Picton-Jones…

“My story really began in July 2016. On the 5th of that month I found myself becoming a widow at the age of 27 with an 18 month year old and a 4 year old following my husband’s suicide. To say the suicide came as a shock is an understatement. Naively I presumed that because he had a wife and 2 children and a seemingly settled life he would push through the demons and come out the other side. Sadly he felt that our two children and I would be better off without him and he took the decision to end his life on that fateful day.

Nothing can ever prepare you for losing a loved one but planning a funeral at such a young age and trying to explain to your children why their daddy isn’t coming home is something that will haunt me for years to come, because to the children  daddy was ok, he looked well. My daughter Mali kept saying that he looked well, she just couldn’t understand.

I knew that something had to be done to support others like Daniel. He had suffered on and off with his mental health for as long as I had known him and had struggled to deal with it. Day to day he coped but there would be periods where he would struggle and even the most basic daily routines would prove too be too much.

After Daniels death I started looking in to support available to those who were suffering like Daniel in the rural communities of Pembrokeshire that we live in. Daniel was an agricultural contractor and had been immersed in the farming life from a young age. Myself, I grew up on a dairy farm so the most natural path for me was to support groups that were directly helping the agricultural community. I then found out through research that agriculture carries one of the highest rates of suicide above any other sector. I was shocked to discover the lack of support specifically for this sector. There are lots of fantastic things going on but the agricultural sector cannot be put in to the same box as many other sectors. We are a unique bunch in so many ways so it was important to ensure that the support they received was unique.

Having found there was little support I decided to set up The DPJ Foundation. I knew that RABI, FCN and TIr Dewi do great things already in our area so rather that copy anything I wanted to see where the gaps where for support and attempt to fill them. I heard a lot about the effectiveness of talking therapies. Many towns and cities operate support groups, but knowing the community I live in I struggled to imagine a group of local farmers coming together for a chat and a cup of tea – the conversation would turn to TB, milk prices and Brexit soon enough without actually dealing with their own personal issues. So I decided to take the support out to the farms rather than expect the farmer to come to us. We looked at the people who are on farms most frequently – vets, feed reps, tanker drivers etc.  and offered them mental health awareness training – the ability to recognise and signpost people to support who they see are struggling with their mental health. We also deliver very basic suicide awareness during these sessions. The power that comes with this knowledge is invaluable and ensures they know how to deal with issues that many of them see on a daily basis. So far we have trained 68 people in Pembrokeshire.

I started to become very interested in talking therapies and personally saw the benefit after Daniels death. I was horrified to discover the waiting times for such therapies are between 6-9 months. I always think back to Daniel and if he would have taken that decision to get support, if someone would have told him “Sorry we will see you in 9 months” the effect could have been devastating.

I decided to create a fully funded counselling referral service in which we could offer counselling within a week of initial contact. We launched in January and already have clients within our agricultural community. What makes our service unique is that we are able to offer a service which suits that uniqueness of our sector. We have outreach counsellors who can go out to farms to deliver effective talking therapies, we can also offer online and telephone counselling to those who prefer not to see someone face to face. The flexibility of our service means that we can provide counselling to the people that need it the most in a way that suits them the best.

Currently we are running a pilot year in Pembrokeshire with a view of branching across Wales in the future.

It has been a life changing 19 months, I never thought I would find myself anything other than a mother, wife and teacher (I am a full time primary school teacher!) and now here I am as a founder of a mental health charity providing support to those in my community who need it the most.

If you, or someone you know has been affected by this issue, visit the DPJ Foundation for more information www.thedpjfoundation.co.uk