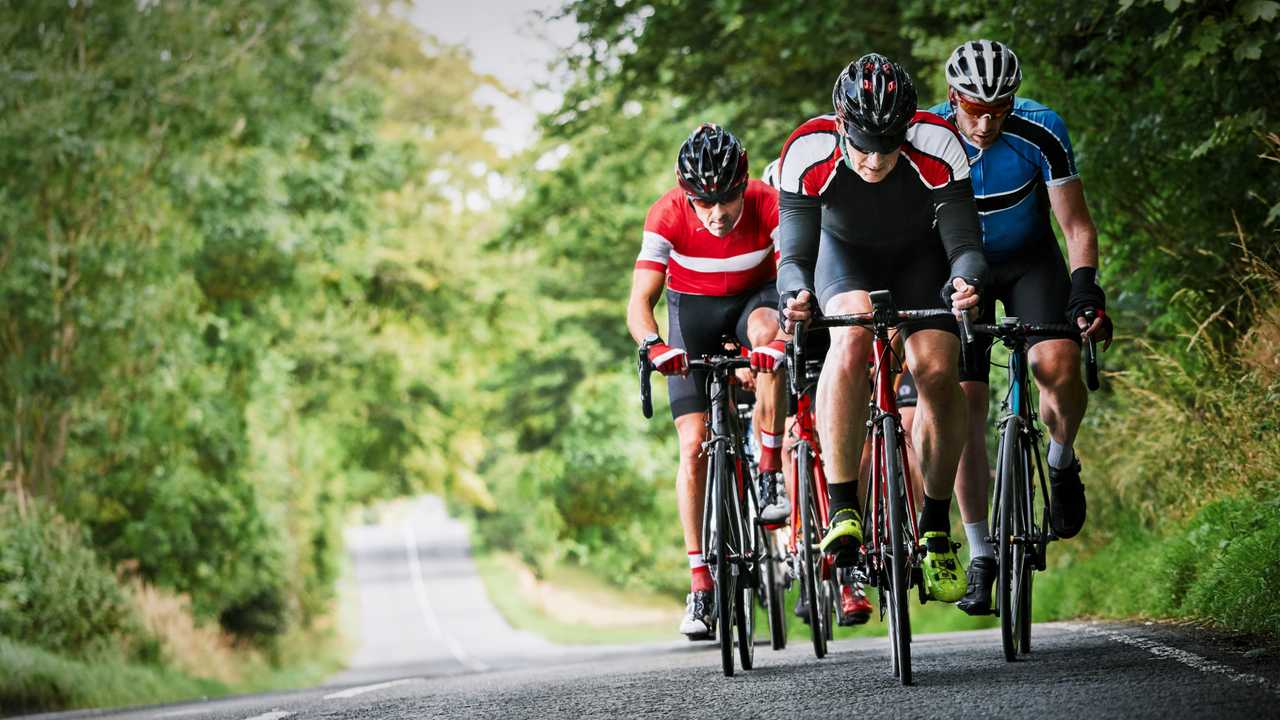 In today’s final blog for Farm Safety Week, Stephanie Berkeley looks at the popularity of road cycling and the dangers faced by anyone driving an agricultural vehicle on rural roads. An upsurge in the popularity of cycling and, in particular, road cycling means that British Cycling, the national governing body for cyclesport now boasts over 166,000 members – a threefold increase in membership since the London 2012 Olympic and Paralympic Games.

With increased cycle traffic on rural roads comes increased pressure on drivers of farm vehicles to be aware of these road users. Unfortunately, 99 cyclists were killed on UK roads in 2018, 48 of these on rural roads! 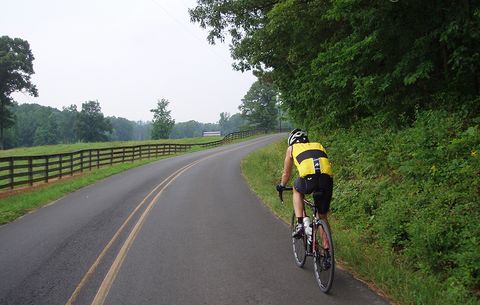 Cycling on rural roads may leave the cyclist feeling free, safe and relaxed but their perceptions are often unfounded. The countryside can have narrow, winding roads with no markings, high hedges and soft verges.

In fact, according to a recent poll of 5,697 British Cycling members, 60% of respondents felt that poorly maintained roads were a bigger challenge to their safety than poor driving or farm vehicles.

Farmers can pass road cyclists safely in some circumstances. In fact, Rule 163 of the Highway Code states that, when passing cyclists, all drivers should give “as much room as you would when overtaking a car” – typically 1.5 metres.

What about cyclists riding side by side? Road cyclists don’t ride two abreast just to chat or to purposely hold you up. This may come as a shock to many farmers who think that riding side by side is dangerous, illegal, or just downright rude and inconvenient.

The first thing to say is that riding side by side is perfectly legal, with Rule 66 of the Highway Code only stipulating that cyclists should ride in single file “on narrow or busy roads and when riding round bends.” If you think of a group of cyclists as a single vehicle, by riding two abreast they make that vehicle shorter and therefore quicker to overtake safely.

While sharing narrow country roads at busy times may be problematic for you, it can be deadly for cyclists facing a 10 tonne tractor.

Country roads can be risky for cyclists who may not have even considered that there is a worker like you using the road so what should you be looking out for when you start your journey?

• Stay alert – even more than you think you have to. Recognise that you’re in an environment where you might encounter groups of road cyclists enjoying a Tuesday evening bash or a Sunday spin, Cyclists have every right to be on the road, but it’s up to you to be proactive in protecting yourself. Stay alert, make eye contact and wave, when possible. Always use your amber warning beacon if you are travelling on an unrestricted (70mph) dual carriageway and where the maximum speed of the vehicle does not exceed 25mph. It is at your discretion to use the beacon at other times and at other locations. That said, if your vehicle is fitted with work lamps you must not use these on public roads. Remember that all lights must be kept clean and be visible to other road users from a reasonable distance.
• Slow down. Farm vehicles often travel at slow speeds anyway but resist the temptation to assume that you are the only vehicle on the road. On the flat, a group of cyclists can easily be travelling at 20-25mph so be aware that, just because you haven’t spotted the brightly coloured Lycra in the distance doesn’t mean that it won’t suddenly appear out of nowhere and, given the speed that they could be travelling, if you’re not going significantly faster than this is it really worth overtaking?
• Pull over carefully. Take the standard precautions: Wait for a safe passing zone, watch for oncoming traffic, signal and return to the lane once all the cyclists are in your rearview mirror.
• Signal. Road cyclists have their own hand signals but they also need to know where you are going, especially if you are making a wide left-hand turn. Be prepared that rural roads may be prone to potholes and loose dirt and stones and cyclists may have to manoeuvre or stop suddenly. So always use your mirrors and always check for erratic cycling, hand gestures or lights signalling the cyclists’ intention to swerve or overtake. Learn more about some of the hand signals that road cyclists use here https://roadcyclinguk.com/how-to/technique/essential-guide-road-cycling-hand-signals-calls.html
• Know the basics. Following the speed limit and wearing your seat belt is just as important in the country as it is on city streets. Seat belts are a legal requirement on all tractors where there is a risk of overturning and it is reasonably practicable to fit one. HSE guidance is to always wear a seat belt when travelling on public roads – why would you not?
• Take a second look. Before you pull into any intersection, turn into a field or driveway or make a move to pass, be 100% sure your path is clear in all directions. This is especially important when entering the road from an unmarked access drive or in an area with particularly high hedges..

British Cycling’s Head of Education Simon Hibbert added: “We’re pleased to support Farm Safety Week to raise awareness of the additional considerations which farmers and cyclists should bear in mind when using rural roads. By following the tips included in the new guidance, you’re doing your bit to keeo us all safe on the road.”