… but not doing it could cost you your life!

It costs too much
I can’t afford it

In fact, many of the measures that can be taken to make the job safer don’t cost a penny. Most ‘incidents’ happen either because the work is not properly planned, the risks are not recognised, proper precautions are not taken, or the equipment used is either defective, not appropriate, or used incorrectly.

Often people about to undertake a job believe it will ‘only take a few minutes’ and take a risk in the hope that simply being very careful will be enough.

According to our most recent tracker research, 76% of farmers under 40 would admit that, on occasions, they would be prepared to take risks when doing some jobs around the farm (up from 50% in 2014) and 46% of those surveyed admitted to cutting corners even if they know this makes a job less safe

As a charity established to preserve and protect the physical and welcome wellbeing of the next generation of farmers, it comes as no surprise that, when comparing older and younger age groups, the fatal injury rate is over 4 times higher for over 65s compared to the 16-24 age group. Having worked and trained young farmers at land-based colleges/universities and through the young farmers club network for over six years now, we can see that the next generation of farmers is fundamental in driving this needed change in farm safety. Today we are proud to reveal the shortlist for the Farm Safety Award 2021, a new addition to the NFYFC Achievers Awards which celebrates all those members who have dedicated their time to championing farm safety over the past year.

The Farm Safety Foundation is proud to have been closely involved with this award. We believe in championing good safety ambassadors and Stephanie joined NFYFC Vice-Chair Ed Dungait and Red Shepherdess Hannah Jackson on a judging panel to wade through the mound of entries and decide on a final five. 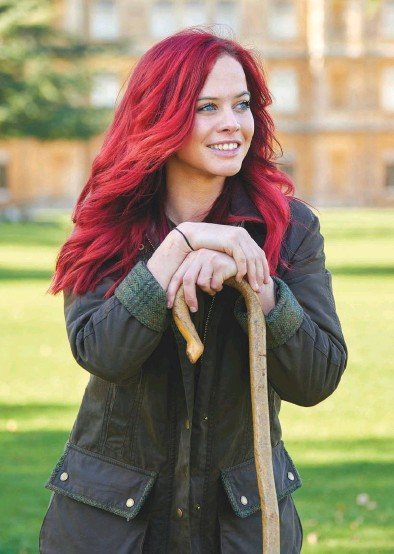 Hannah, who is one of the Farm Safety Foundation’s highest profile ambassadors had a recent scare when her father was moving the mobile sheep race on a hill and, due to slippery conditions, the trailer jack-knifed causing the whole quad to flip.

As she explains: “This happens, especially on farms, but it’s our responsibility to make sure that safety is set high above all else in case such incidents happen. Thankfully Dad was going really slow and he had his helmet on and had chance to get out of the way but there was something else that protected my dad and the entire quad bike – our quad tray.

“We got the tray to make sure we are safe every day when travelling. But it’s proven itself above and beyond its purpose. When the quad bike flipped over, the quad tray took the brunt and weight of the trailer and, of course, the impact of the roll.

“It didn’t crumble, it held its own, it made sure my Dad didn’t get stuck under the bike and protected the bike. One side of the tray came off but apart from that it was fine. This could have been nasty, even with a helmet on, but thankfully it wasn’t.

“We replaced the quad tray but it reminded us to be cautious whilst working on the farm. A sharp lesson learnt to always take into account conditions and not just the terrain when on your bike. And never be too familiar with machinery. Accidents happen. Sometimes they’re preventable, sometimes they are complete fluke. But you can help the outcome be better if health and safety on the farm is a priority.”

After much debate and deliberation, the judges agreed that the Top Three in the NFYFC Achievers Farm Safety Award are: 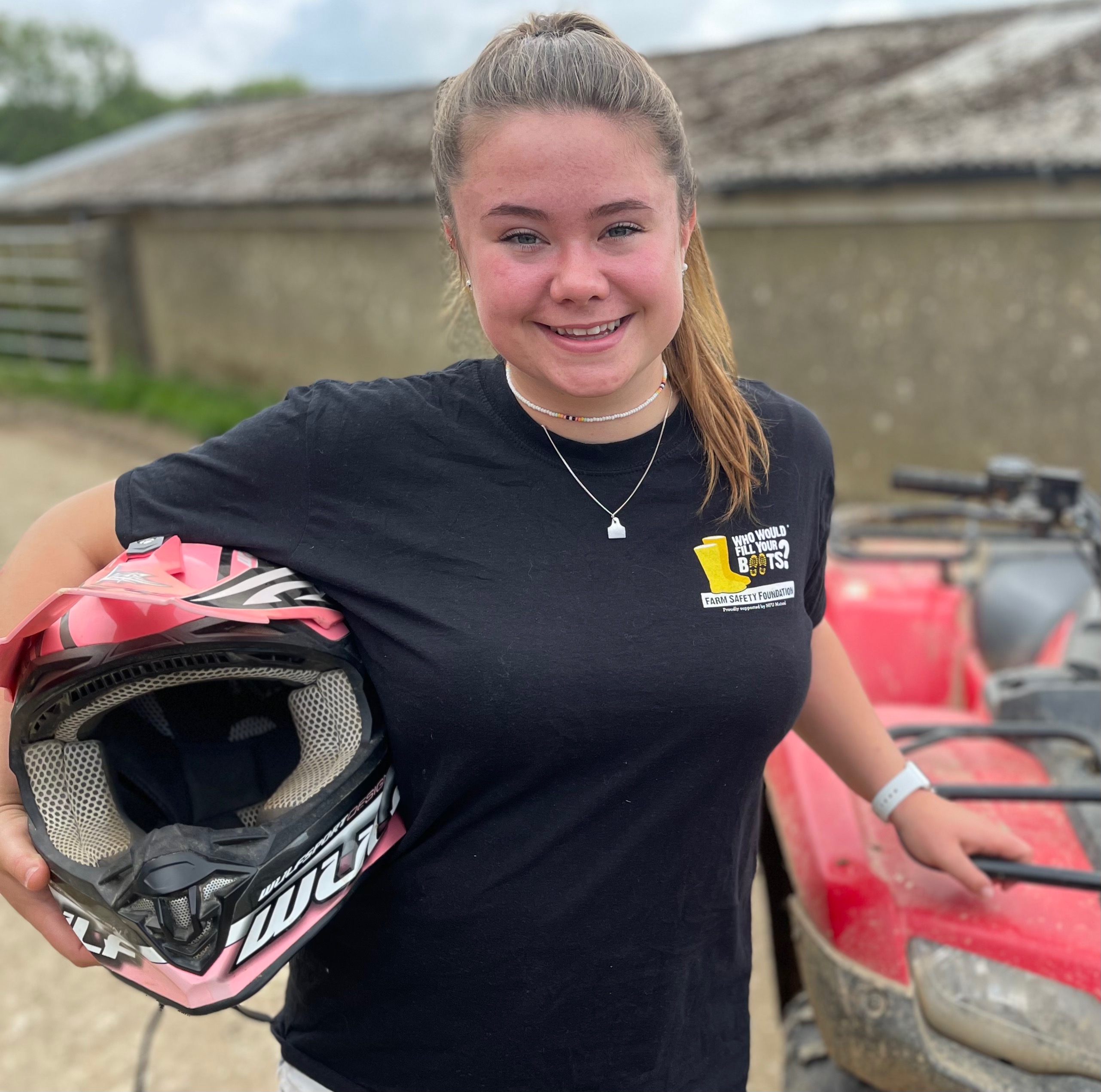 1. Maria Warne, St Mabyn YFC, Cornwall – the judges agreed that social media influencer Maria (and her adorable Granfer) were a real force for good in the industry. Her enthusiasm, positive attitude to farm safety and ability to harness the power of social media meant that she was reaching a whole new generation of farmers and promoting positive safety messages Maria uses her popularity on social media sites such as TikTok and Instagram to share farm safety messages. With more than 800,000 followers on Tiktok and more than 33,000 on Instagram, Maria has a huge following who watch her updates about safer ways of working on the farm. 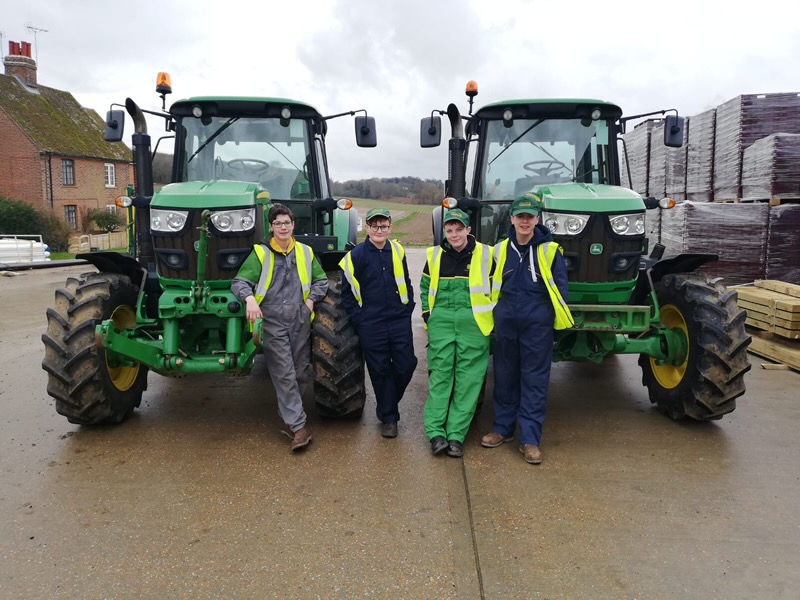 2. Weald of Kent YFC – as well as ensuring all members received the Yellow Wellies Farm Safe Curve training, this innovative club went the extra mile and took a very innovative approach to sourcing funding opportunities. Their Growing Safer Farmers project is now funded by the Kent Community Foundation and pays for accredited training and other farm safety awareness activities. The judges agreed that the club deserved recognition for the support they offer members, especially for creating opportunities for them to achieve training qualifications that will help their career prospects as well as their safety behaviours. 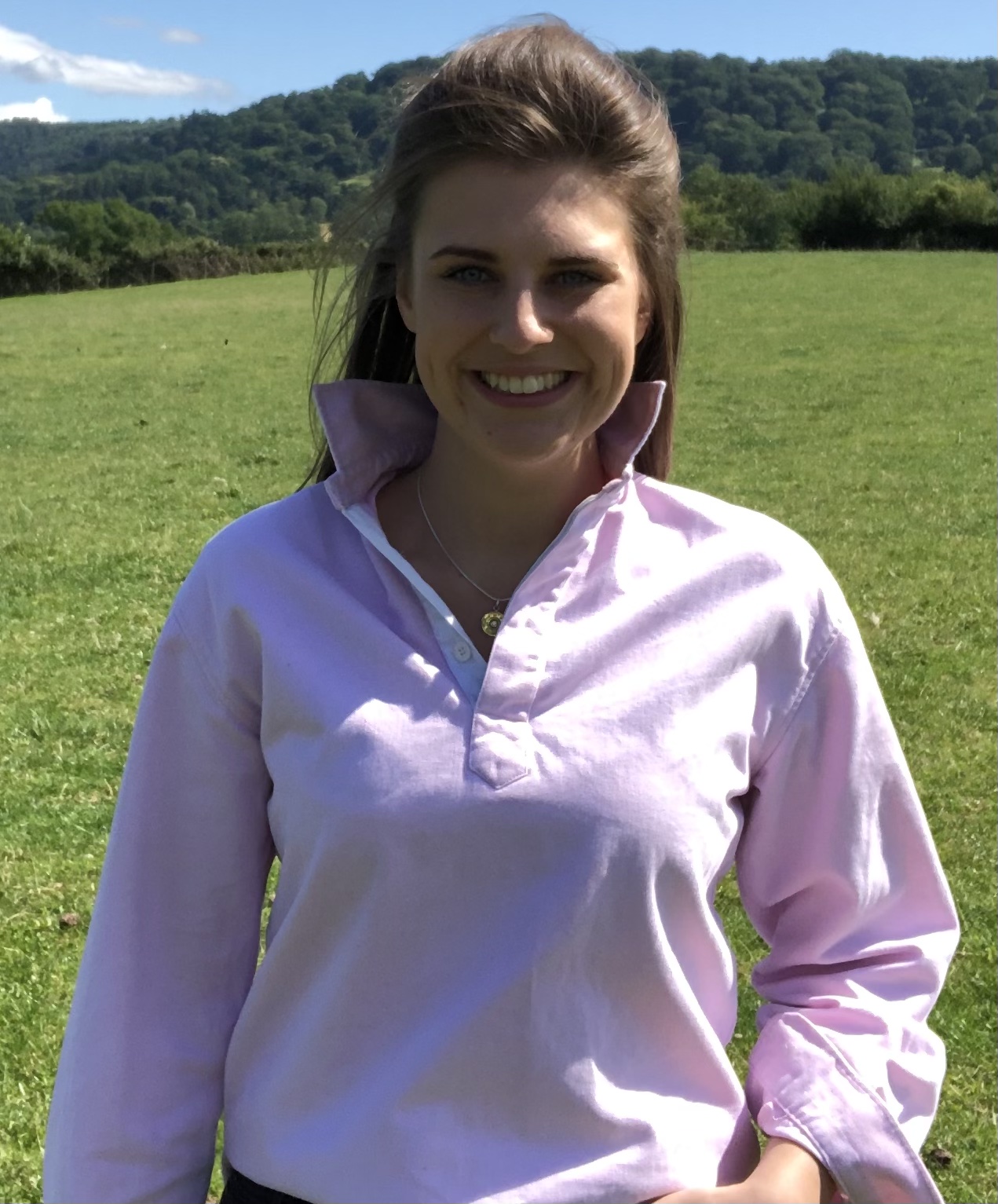 erefordshire – Having spent her placement year with Safety Revolution, it was not surprising that this recent graduate of Harper Adams University chose Farm Safety as the focus for her final year dissertation. Emily also used the power of social media to ask for responses to her study and received 1,000 responses from farmers across the UK on how they thought safety could be improved. The judges were convinced that Emily feels strongly that things need to change in the industry and she is driven to make a difference.

To find out more visit the NFYFC website. The winner will be announced during the YFC Achiever Award Week from 13-17 September 2021.