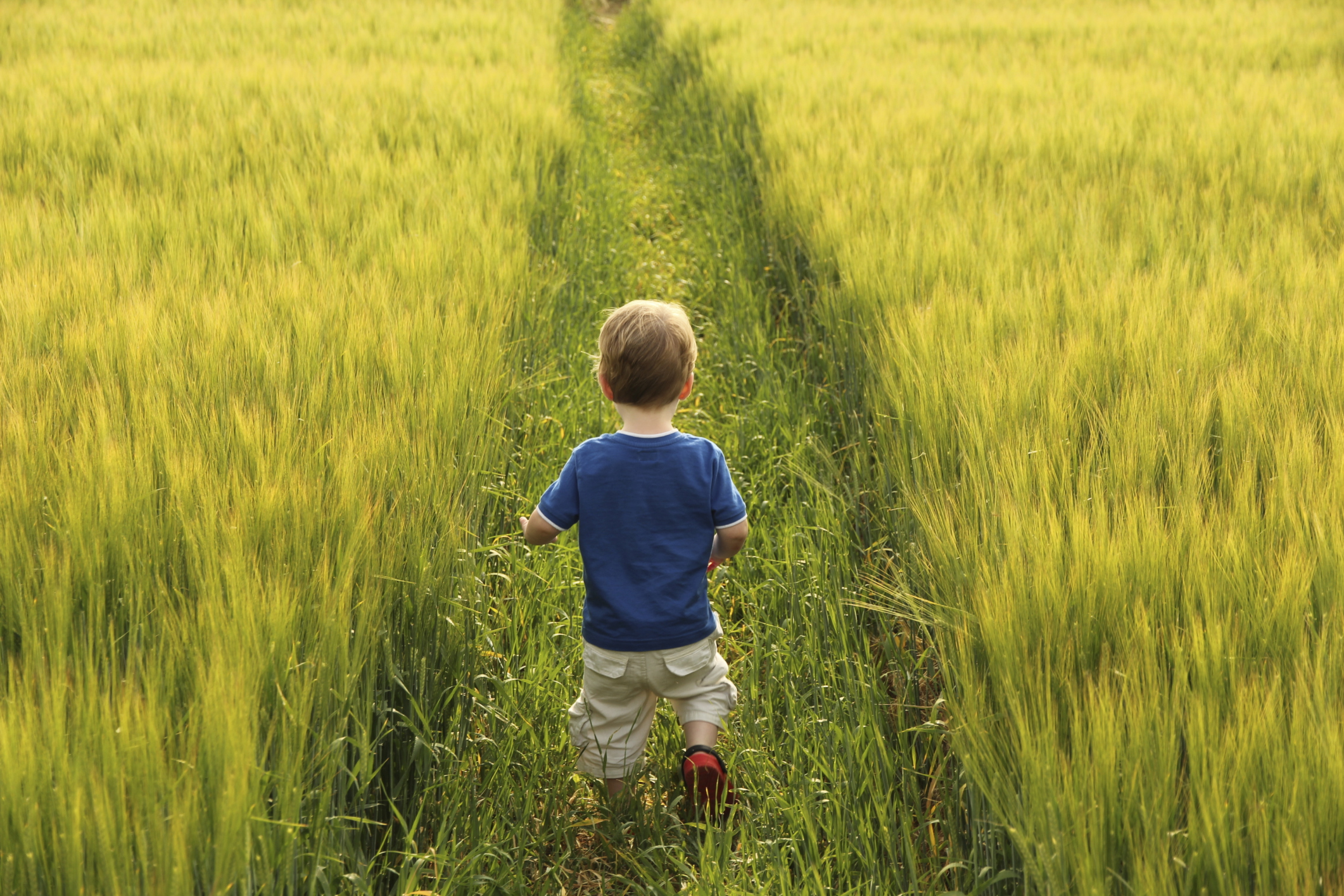 People often believe that farm children understand farm risks, but most children who are hurt in farm incidents are family members.

The fourth annual Farm Safety Week offered a week of themed practical advice and guidance for farmers and urges farmers to consider “Who would fill your boots?” if something were to happen to them and never is this more poignant than when an accident happens to a child…

According to the Farm Safety Foundation’s Stephanie Berkeley: “We all know that farms can be wonderful places for children, where independence and responsibility are fostered and family relationships are strengthened. The farm environment provides children with valuable and unique experiences that enable them to develop both socially and physically, even though they are in an isolated setting. However farmyards are not playgrounds and evidence shows that this places children at greater risk of injury when playing or helping out around the farm.”

After watching his eight year old son have a serious accident with a tractor last year former YFCU President, Wallace Gregg is keen to highlight the dangers of children on farms – whether these children are guests or your own.
The 26th of October 2015 was a day like any other for Cloughmills farmer Wallace Gregg. Wallace was preparing to pick up a low loader trailer from a local plant hire company using his Massey Ferguson 5470 tractor. Wallace’s 8 year old son James was on half term holiday and asked his father if he could come along and help. Wallace agreed and he, James and younger brother Simon (5) piled into the tractor cab with Simon was sitting on the small passenger seat in the tractor cab and James standing in front of Simon with his back to the nearside cab door.

A little into the journey Wallace started to slow the tractor down as they were approaching a junction. Wallace warned the boys that road was going to get bumpy. At this point the tractor hit a bump in the road, the near-side tractor door flew open and James fell out. Wallace immediately stopped the tractor and got out.

He found James lying semi-conscious at the side of the road. Using his mobile Wallace phoned for an ambulance and while he was making the call another driver stopped to help. Wallace asked the driver to take him and his sons to the local medical centre where he was examined by two doctors. James was then taken by ambulance to Antrim Area Hospital and transferred to Belfast Royal Victoria Hospital later that afternoon.

James had sustained a double skull fracture during the incident and was kept under sedation in intensive care for 24 hours. He did not receive surgery for his injuries but remained in hospital for eight days.

Thankfully, this story has a happy ending as James has made a full recovery and has returned to school – his condition is still being monitored to ensure that he has not suffered any long term effects.

Stephanie added: “This is a story that many farmers across the UK and Ireland can empathise with. It is something that many farmers do and have done for centuries but Wallace would be the first to advise people to really think twice and use your common sense when dealing with children on the farm. People often believe that farm children understand farm risks, but most children who are hurt in farm incidents are family members. A few straightforward steps, and proper supervision of children, will reduce these risks.

“Wallace is a very brave father to share his experience with us. Taking a ride on a tractor, combine or an ATV seems exciting to many children, but it is just not safe. Sometimes parents will say, “Well, my children always rode with me and nothing bad ever happened to them.” But year after year, we see life changing injuries to children from farm vehicles, and no parent ever thinks it will be their child.” 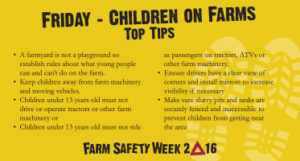