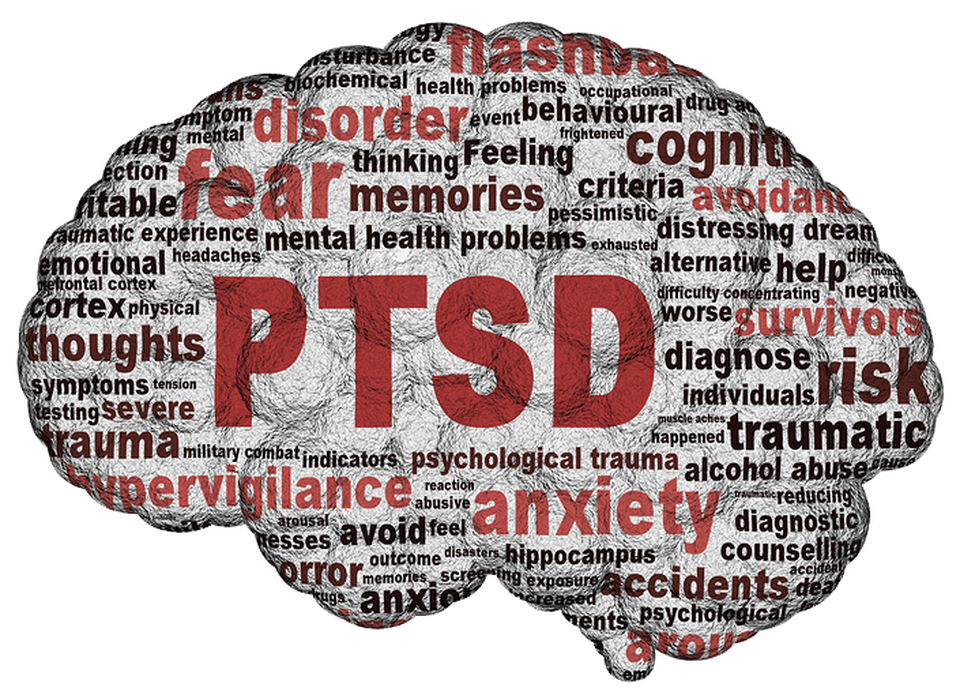 In today’s blog, renowned experts Nik and Eva Speakman give us an insight into post-traumatic stress disorder, (PTSD) something that has been traditionally associated with military personnel but can be commonplace in farming. 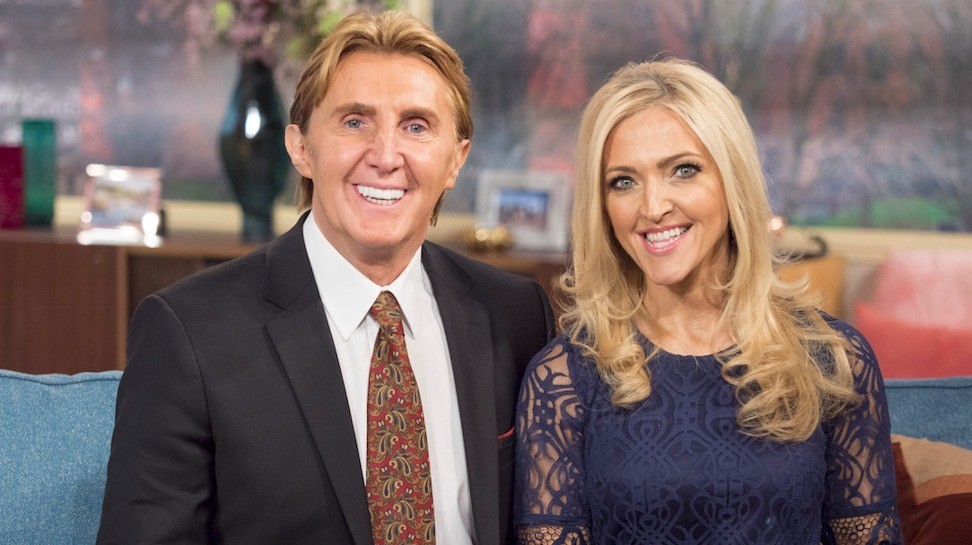 The Speakmans have studied human behaviour together for over 20 years and run their own therapy business helping people overcome a range of debilitating psychological issues. The couple are the resident therapists on This Morning on ITV and use a behaviouristic approach to therapy and have treated people with issues ranging from eating disorders to fears and phobias and self harm. In this blog Nik and Eva outline the root cause of PTSD and how it can be treated…

As the title suggests, PTSD is caused by a trauma. In our years of helping people overcome anxiety, we have discovered that the root cause of many people’s anxieties is often as a consequence of some form of trauma, with varying severity.Some examples of these varying life traumas that we have come across in our clinic, include:

Experiencing or witnessing a traumatic event such as a car accident, an injury or being in a situation where you feel your life or someone else’s is in threat. This can lead to anxiety, sleep disturbance, flashbacks, fear, feeling vulnerable and on high alert.

Experiencing the death of a loved one, particularly in childhood, can lead to health anxiety, post-traumatic stress disorder, fear of death, OCD or abandonment issues.

Parents separating or arguing can be very confusing in childhood, and a child can feel that they are somehow to blame. Children often misinterpret a parent leaving their spouse as their parent leaving them. The child may perceive that they were not good enough or loved enough to keep their parents at home together. This can lead to anger issues, self-harm, low self-esteem, lack of confidence, controlling behaviour, obsessive compulsive disorder, eating disorders, hoarding, social anxiety, depression, jealousy, possessiveness, depression or generalised anxiety disorder.

We have worked with thousands of people to overcome PTSD from a host of traumatic situations, from terrorist attacks to armed conflict. In doing so, we have witnessed first-hand the complete devastation PTSD can cause to the sufferer, their loved ones and those around them. When we first started to help people with PTSD, we were shocked that so many had been told by health professionals that PTSD could only be managed, and that there was no ‘cure’. This grim prognosis led many patients to question the purpose of their existence. Having been sentenced to a life of suffering with the crippling symptoms of PTSD, their feelings of anxiety were undoubtedly inflated.

When hope is taken away from us, so is our sense of purpose.

We were therefore keen to help sufferers overcome their PTSD on television, and it became our personal mission to offer hope to other viewers suffering with this condition. We knew we were achieving this when we started receiving messages of thanks from viewers, who said that seeing someone cured of PTSD had given them a reason to carry on.

What is Post-Traumatic Stress Disorder?

Post-traumatic stress disorder (PTSD) is caused by a person witnessing or experiencing a frightening, traumatic or life-threatening event.

Complex post-traumatic stress disorder (CPTSD) is diagnosed when the sufferer has witnessed or experienced repeated or prolonged traumatic events, such as a soldier who has been in battle (also referred to as combat PTSD). PTSD can also be a result of indirect exposure to trauma, such as being told about a loved one’s violent death. It is incredibly common, with many suffering in silence. Statistically, one in three people who have experienced a trauma will go on to develop PTSD, and the onset of symptoms can be delayed for months or even years. The PTSD response is triggered when your fight-or-flight mechanism kicks in, as your brain tries to protect you from a similar traumatic event occurring again.

However, the protection response becomes alerted at times when there is no danger, creating intense feelings of anxiety in normal daily life. Anyone can suffer with PTSD, though studies suggest that women are twice as likely as men to develop the condition.

If you are suffering from PTSD, you might be experiencing one of many different symptoms, including:
• Anxiety • Avoidance • Depression • Insomnia • Anger • Agitation • Aggression • Flashbacks • Fear of certain places • Fear of certain objects • Disturbing thoughts and feelings • Intrusive thoughts • Nightmares • Detachment or estrangement from other people (depersonalisation) • Hypervigilance • Self-destructive behaviour • Mistrust • Guilt • Loneliness • Negative thinking about oneself • Negative thinking about others • Hopelessness • Difficulty remembering things • Difficulty with relationships • Feeling emotionally numb

Symptoms of PTSD can be all-consuming. They are triggered by sounds, smells, sensations or images that are similar to what was experienced during the trauma.

PTSD is often the result of a dangerous situation in which one’s life was threatened. This means that the fight-or-flight response is elevated to the highest level, and a strong negative reaction can occur to something as ordinary as a loud noise or an accidental touch.

How We See PTSD

When explaining PTSD to our clients, we use the analogy that life is like a vinyl record. It starts at the centre and plays out, becoming bigger and bigger each passing year. When you experience a trauma, the needle becomes stuck in that moment, and you remain in that loop. You see your life continue to play out, but you view it from the groove you are stuck in rather than being in the moment. This can result in a feeling of absence, unreality or desensitisation. As human beings we are naturally fixers, so you replay the traumatic event over and over, looking for a solution. This creates a loop of habitual behaviour and negative emotion, which invariably causes feelings of anxiety. We refer to these as flashbacks.
Although they are often unpleasant, we believe their purpose is to keep showing you what happened in order to help you find a resolution to the event, so that you can feel better about the trauma. Feelings of guilt also frequently arise with PTSD, along the lines that you could have done something differently or shouldn’t have been in that place at that time. Survivor’s guilt – for the lives lost, or that you survived when others did not – is common too. Post-traumatic stress disorder keeps you stuck in the moment of your trauma, as a victim of that event. It is only when you are able to see the event from a different perspective that you can be released, and live free from PTSD.

You Are Not Alone

Considering that around half of all people will experience a trauma in their life, it is hardly surprising that so many – one in every three who suffer a trauma according to The Royal College of Psychiatrists – go on to develop PTSD.

This condition is especially common in certain groups of people:
• One in five firefighters

• One in three teenage survivors of car crashes

• Half of female rape victims

• Two in three prisoners of war

With the right help, support and therapy, in time anyone can fully overcome PTSD. We hope that the tips shared will offer some guidance for you to break out of your moment of trauma and alleviate your PTSD.

WAS IT PERSONAL TO YOU? This is a significant element in our work when helping someone overcome PTSD, because often the feeling that a trauma was personal traps you indefinitely as a victim. It is therefore important to look for evidence as to why it was not personal. For example, we helped a victim of a random attempted murder realise that her attacker had been waiting for a female victim, but not specifically for her.

DO YOU FEEL GUILT? Feelings of guilt occur because you either feel responsible for a traumatic event, think that you made a bad choice, or do not understand why you survived while others did not. Guilt is only a valid response if you directly and deliberately orchestrated a traumatic event. Knowing you did not means that you are not at fault. Realise that, had you known in advance what was going to occur, you would never have been there, or you would have done things differently. However, you did not know, so you could not have changed the event.

DO YOU FEEL ANGER? Feeling anger towards a perpetrator negatively affects you, not them. There is a saying that to hate someone is like you drinking poison and expecting them to die. They will not feel the repercussions of your emotions – if you have suffered, work on not allowing yourself to suffer any longer. To do this, consider altering your emotions to pity the perpetrator. Pity the fact that anyone can be so mean, cruel, jealous or violent. To have learned this behaviour suggests that they have had a life filled with these things. Furthermore, to sustain these behaviours, they must continue to be affected by their negative emotions and their own trauma.

DO YOU HAVE FLASHBACKS? Flashbacks will occur until you resolve the event and make peace with it. Although you will never forget a traumatic event, you can cut its negative emotional attachment by changing your perspective on it to shift your position from victim to victor. You will usually see the flashback through your own eyes. Look at the memory and imagine yourself leaving your body, so that you can view the event as a third party. Observing it as a bystander should allow you to consider an alternative perspective on what happened. You may still feel sad about the event, but you should feel less emotional about it.

DO YOU FEEL BLAME? If you have PTSD consider what you may be blaming. What are you no longer able to do or experience as a result of your trauma? Question why that place or thing was responsible. Invariably you will find you are blaming the wrong thing, and protecting yourself from something that poses no danger to you.
We all have the ability to leave things in the past once we have accepted them. That includes old friends, former partners, careers and traumas.

stephanie_berkeley_zl4u2oa9Getting Past your Past – Conquering Anxiety and Dealing with PTSD02.11.2020