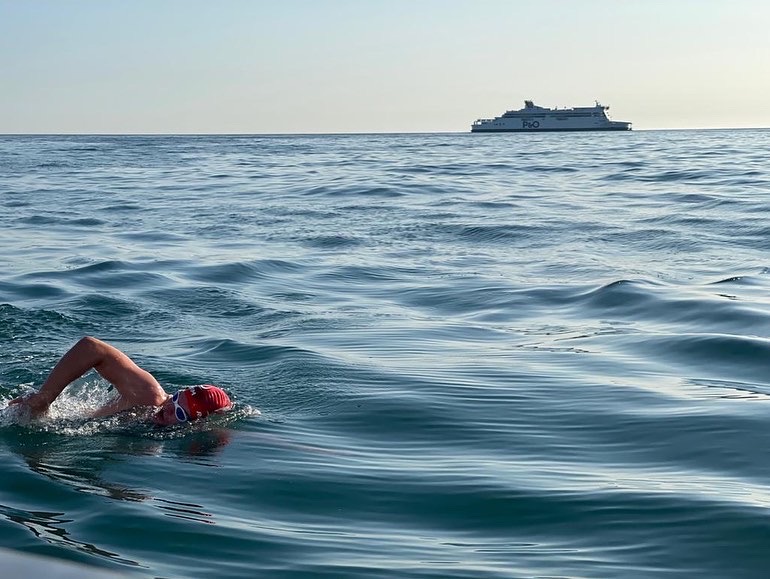 Crossing the 21 miles between the UK and France by just slashing your arms and legs in open water is no mean feat. As a crow flies, it works out at 1,352 lengths of a 25m swimming pool – but, of course, then you have the icy cold waters to deal with. But, for one Royal Agricultural University graduate it’s a challenge he’s willing to dive right into… literally! 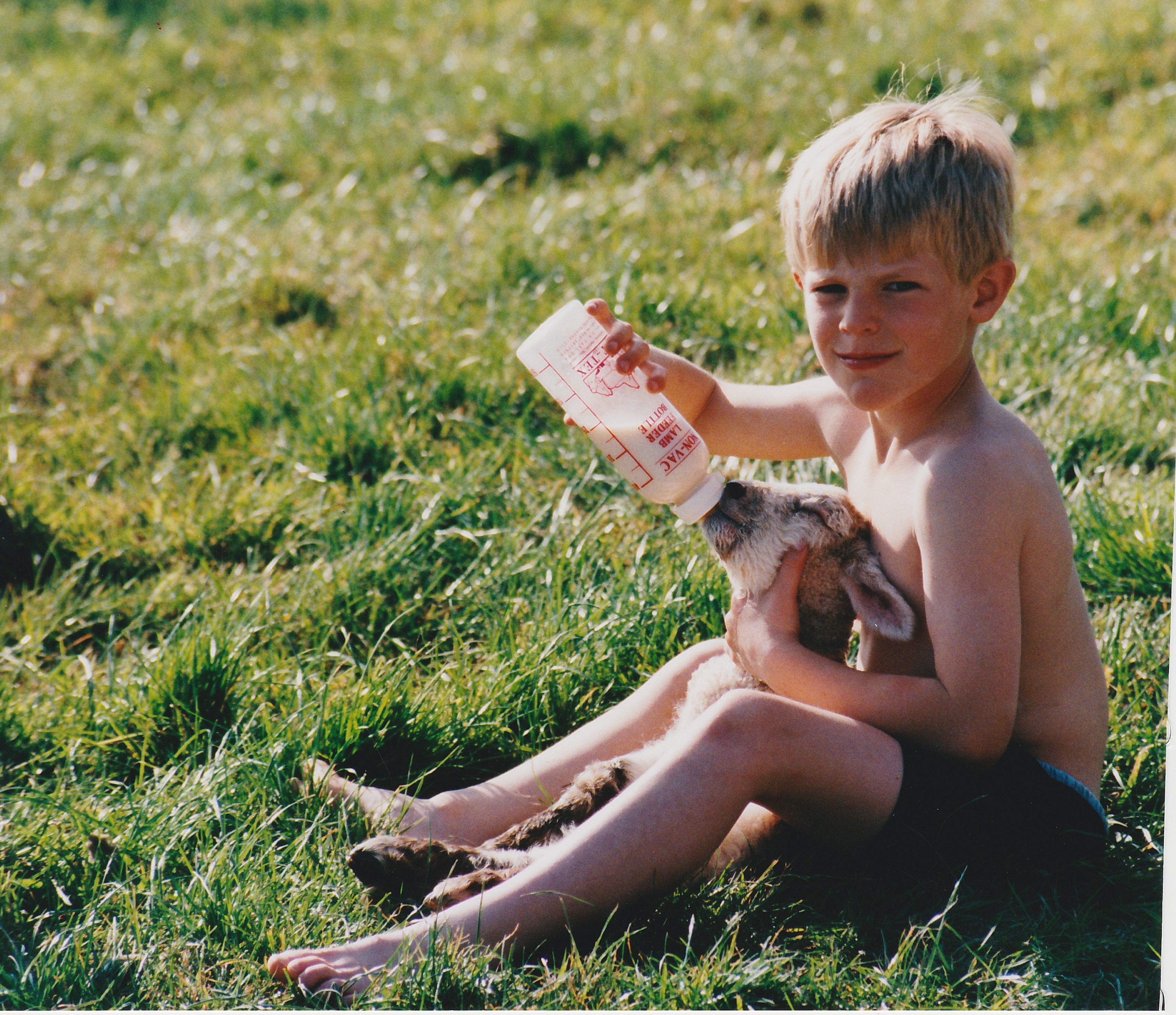 Hugo Pearson-Wood from Sandhurst Kent has always had ties with the agricultural industry. His father studied Agriculture at Newcastle University before travelling and farming around the world. His role as manager of a farm near Etchingham, East Sussex introduced the young Hugo to the farming lifestyle.

As he recalls: “I still have fond memories of sleeping in the sitting room so not to wake my mum and siblings and heading off at the crack of dawn to check on the lambs. I continued to help as a youngster on a local farm during the lambing season. Usually, most of the time I think I got in the way of our friends, who agreed to accommodate a hyperactive child for a week or so – but during the last few years of my time helping here I can remember as clear as day, being handed 20 pounds for my week’s work! This was by a friend that is sadly no longer with us and someone that makes up a large part of my motivation to do this challenge.

During this time, we were also managing our own small farm. Here, we took hay crops from the fields where my dad would sit on the tractor, and I would be tasked with stacking the bales on the trailer and in the barn!

Fast forward to Cirencester University, I met a huge number of like-minded friends which solidified my links and interest in the farming industry. I completed a number of harvests with numerous local farmers to earn money during my three-year stint here in the Cotswolds. I also travelled after university to Africa to visit farms abroad as well.” 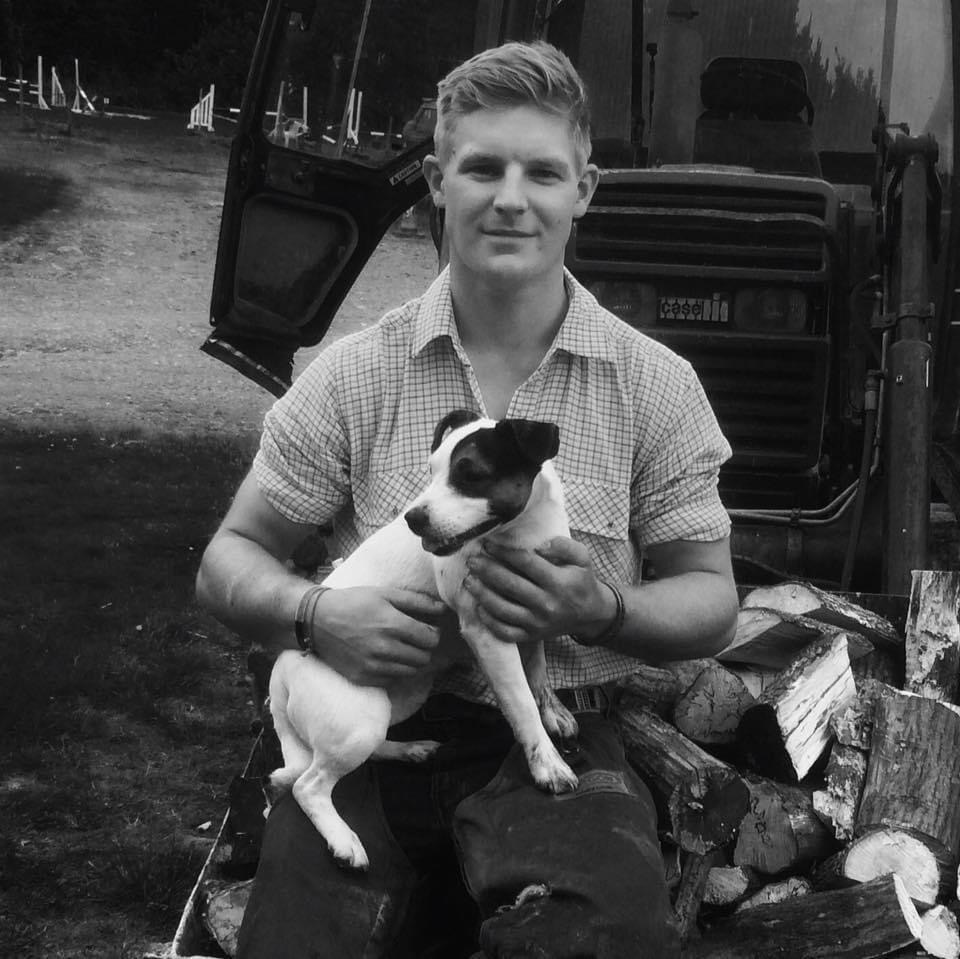 So, what would make a 27 year old insurance professional in the City of London embark upon a challenge that will see him swim across one of the busiest shipping lanes in the world?

Mental Health, and more importantly how the issue is affecting many of his close friends in the farming industry…

Hugo explains: “The issue of mental health has been largely published in recent years. It is hard to find anyone that has not heard about the great work a number of charities and individual people are doing to increase awareness and raise money for the cause.

“The increased awareness has reached many people and it was only a matter of time before it was raised within the Agricultural sector. It became clear to me that this was an issue within agriculture when it kept cropping up in conversations with my friends and colleagues. It was clear the awareness drive is working within the industry and people are rightly beginning to talk about it more freely. But, unfortunately, with this new understanding, people were also beginning to identify the effects of mental health on their close friends and colleagues.

“Over the last 5 years, our local community lost two people to suicide who worked in the farming industry. Both people were very close to myself and my family, one of which was the farmer that gave me my 20 pounds all those years ago whilst lambing on his farm. Although both situations were caused by illnesses prior to their death, it is the shockwave that is felt by those surrounding them and the responsibility that is left to others, which leads to mental health issues.”

Hugo believes that the whole industry needs to sit up and take notice of the issue of poor mental health. Not just know what mental health is, but also how it can impact the working environment and how to identify if something might be wrong and how to offer support.

“I believe there is a stigma that farmers need to be tough and hard characters. This perception can easily lead to people developing a tough and false outer shell and trying not to show weakness or open up about certain things that may change their persona in the eyes of others. Here I believe lies the issue.

“This is not to be confused with being resilient to the external factors that affect the industry. We all know that it is tough, but to ensure the whole industry gets stronger, we need to learn to break down this stigma and work together.”

With the range of challenges out there – from terrific tractor runs, to horrendously hard hikes, what was it that made him want to swim through one of the busiest shipping lanes in the world, one that has 600 tankers and 200 ferries passing through it every day?

“In all honesty, I wanted to do something a little crazy.” He answers. “Something to truly try and get people behind the cause and to push my own personal boundaries.”

Training for this challenge, which is scheduled to take place the week of the 18th-25th of September, has started with Hugo swimming at least 4/5 times a week – a weekly distance of 20-30km. This will increase to 35km a week nearer the time. A typical session will last an hour, but ideally, they should be between 1.5 – 2 hours.

“When you are swimming the channel, you need to be fast. The faster your average speed on the swim day the better, this means you are exposed to the harmful conditions for less time which will greatly improve your chances of completing.”

Hugo hopes that this journey will bring an increased level of awareness of mental health in the agricultural sector for his family, friends and beyond. He is adamant that we can lift the stigma surrounding poor mental health so people in the industry feel they can talk to like-minded people about any issues that they are facing.

To learn more and support Hugo, follow @hpwchannelswim2022 on Instagram or donate via Just Giving Hugo Pearson-Wood is fundraising for The Farm Safety Foundation (justgiving.com)