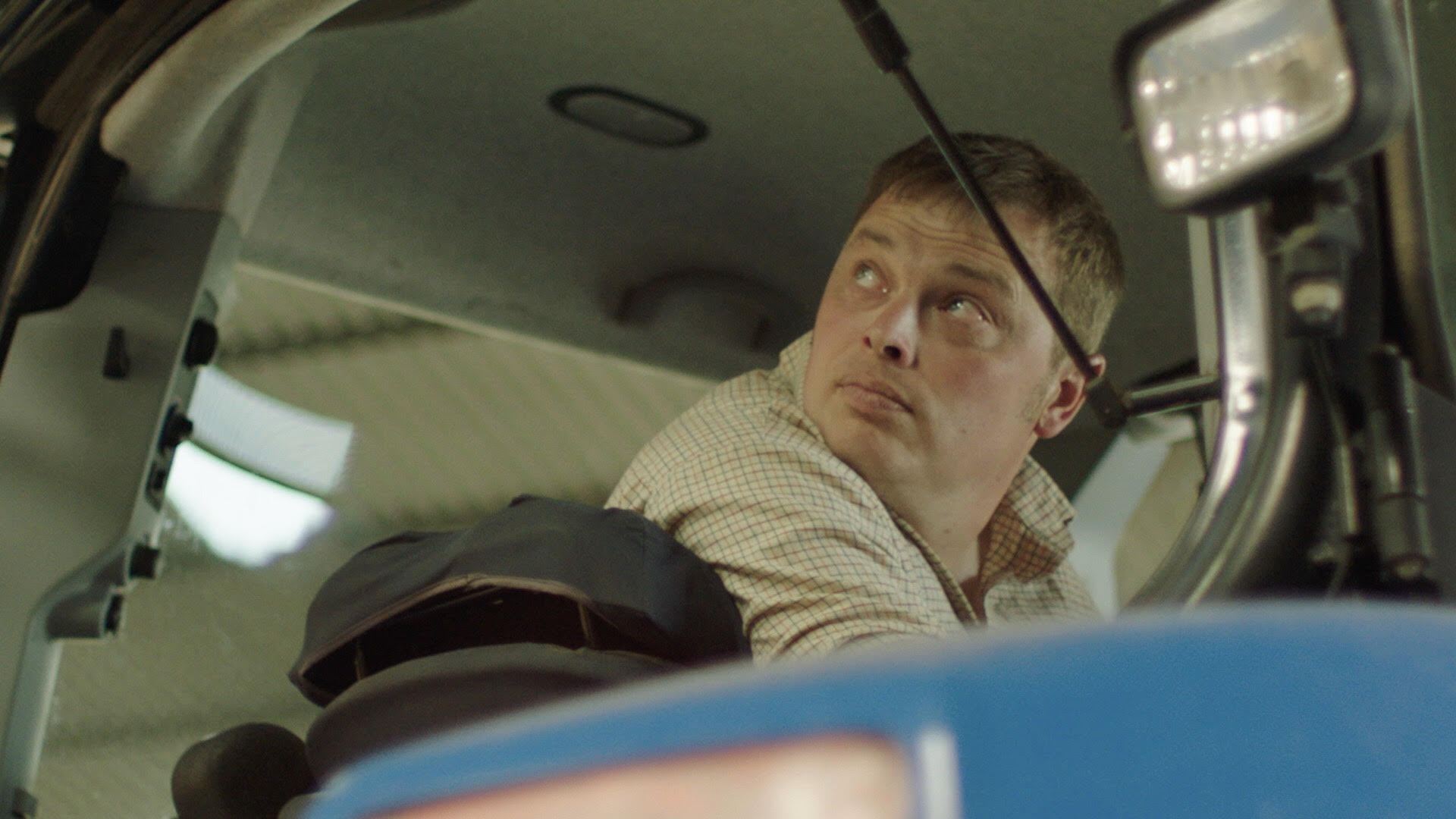 Jim was only 23 years old when, on a cold January morning in 2005, he received a call from a friend whose farm was based near Rugby. Part of the business there involved the processing of green waste. Jim was asked whether he would go up and help with some of the work as there were extra machines on site.

It was a very cold Friday morning and I arrived early to begin the job which would involve using a shredder for the waste. As it happened the first machine I tried to start up had a flat battery and there was a problem with the second machine too so it was a frustrating beginning to the work day.

As an alternative I was asked to empty water from underground storage tanks using a tractor and a vacuum tanker. I set up all the machinery and had everything running satisfactorily. The two ground men who were helping with the job then asked if I thought the pump was working properly as no water was being sucked up through the pipe into the tanker. I got down from the tractor leaving it running while I checked the operation. I went to the pump end of the vehicle and leaned over the tractor from the offside to put my hand against the exhaust. If air was blowing through then the system was working. I was wearing a fluorescent safety vest at the time and I remember starting to pull my hand away. As I did the PTO shaft on the machinery caught the corner of the vest and then what happened initially seemed to be in slow motion.

I remember putting out my hands to resist being pulled in and get myself out of the machine. But in a split second the vest was wrapped around the shaft. I was flung from where I had been standing right over the right over the top of the tractor. The PTO shaft had ripped all my clothing, shirt and jumper and my left arm completely off.

I lay with my eyes closed and I knew I had lost my arm. I began to scream. The men nearby did not come to me as they must have been too horrified by what they had seen. Someone ran to call the ambulance. I remember feeling as though I had a rope burn pain under my arm pit and I could feel the implant of the bone protruding from my shoulder against my hand. I screamed for someone to help me.

“My friend came from the farm and sat with me. He talked to me about general things such as where I had been out the night before and I became calmer. He put his coat over me for warmth. When the air ambulance arrived from only a short distance away the sound of the helicopter was the best sound I have ever heard in all my life. They had me at the Selly Oak hospital in Birmingham within ten minutes and I was taken straight to surgery.”

Unfortunately the surgeons could not restore Jim’s arm. “If they had re attached it I would have been faced with possibly years of painful treatment with no guarantee of success. I decided that I would be better without it, to be healthy and to get on with life.” said James.

The early consequences of the accident were difficult. “I remember my father being very, very angry about what had happened to me and my mother being terribly upset and concerned for my future. My relationship with my girlfriend at the time ended. We had been together for three years and I found it very hard. But after the accident I was no longer the same person she had known. I was severely depressed for several months after the break up and thinking back the depression was more about our relationship ending than the loss of my arm.

At first I was very headstrong. I was determined that things would be the same as before the accident and I carried on with the contracting work with the help of my brother. Some farmers still gave us work as I could still drive a tractor but eventually the work dropped off and people stopped ringing me.

I was a member of the Young Farmers club locally when I had the accident and they were so supportive. It was a lifeline and I threw myself into their activities.” The Young Farmers raised a lot of money to help James financially as he had lost the mainstay of his livelihood. James thoroughly enjoyed the work with them and rose in the ranks to become National Chairman of the National Federation of Young Farmers’ Clubs.

Despite the difficulties Jim experienced, he has become an avid supporter of the issue, having been awarded the Farmers Weekly ‘Farming Champion’ in 2011 followed by an MBE for services to farm safety and was one of the first Farm Safety Ambassadors for the Foundation. He has recently been awarded a Nuffield Scholarship to visit other countries in an attempt to get some understanding of the global issue of farm safety.

“I am really lucky in that although the accident had changed my life completely I am now happy and positive in my new path and circumstances.”

He is realistic about what happened to him that morning. “When I reached across the tractor I did not spot that the universal joint of the PTO shaft was unguarded. I have always had great respect for machinery and that came from the college training.

But on that morning the work plan had not gone well due to the delays caused by machinery problems. As a result I could have been less cautious and slightly careless as I was keen to get on with the job in hand in view of the earlier time lost.

My message to everyone in the industry in the light of my own experience is ‘Just be careful. Never use tractors or machinery with unguarded power take offs in any circumstance; switch off machinery if you need to check a blockage or fault. If you are tempted to rush with an urgent job stop, take stock and measure the cost of cutting a safety corner against the risks of losing a limb or even your life. The risk taken is not worth it because there can be no going back once the unexpected happens.