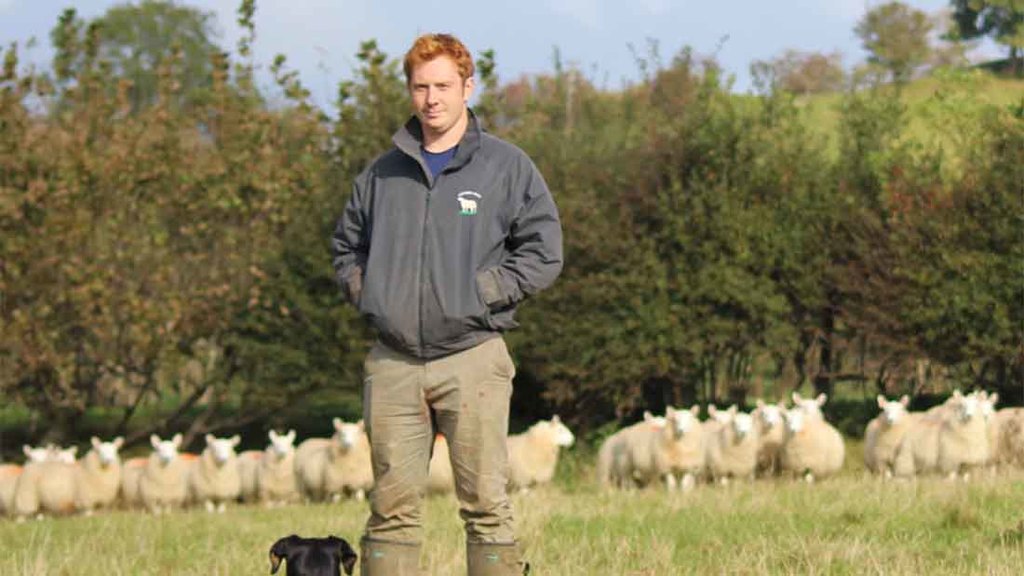 When we launched Mind Your Head last year, we found it a real challenge to find farmers who were willing to share their very personal experience of dealing with mental health issues. Over the past 12 months we have been encouraged by so many people who strongly believe that talking about mental wellbeing in farming is something that we all need to do and finally we have some brave and inspirational real life stories to share with you…

If you look at some of the stresses that farmers face, they’re just huge, and so variable. So many of the stresses farmers experience in their jobs are outside their control, and that leads to a sense of hopelessness and helplessness — which increases their risk for negative mental health outcomes.

One 26 year old farmer from Welshpool came face-to-face with one of the biggest challenges of his life last spring when widespread, unusually low temperatures and heavy snowfall hit the UK and in particular, his sheep farm in North Wales.

If you speak to first generation sheep farmer, Matt Launder you get an immediate sense that this enthusiatic, passionate young man is doing exactly what he was born to do.

Delve a little deeper and you discover that this could not be more true. As a 13 year old, when most of his peers were sitting in front of an Xbox, Matt was dividing his time between rugby practice at home in Cheltenham or tending to the six Jacob ewes he had been bought for is birthday. By the time he was studying for GCSEs his flock had grown to 150 and when he turned 18, Matt managed to persuade his parents to move to a small farm in North Wales where he could grow his knowledge and grow his flock.

Things were going well for Matt, his confidence was growing and he had invested £80K in new stock but, almost overnight and right in the middle of lambing, a blast of Siberian weather dubbed the “beast from the east” plunged Europe into freezing temperatures colder than the Arctic Circle and brought a path of destruction right to his doorstep…

Matt explains: “Last spring I lost 50% of my lamb crop in the snow. It seems almost surreal to speak about it now but, this time last year, I was out digging with a shovel, literally digging for my life. The weather was showing no signs of improving and as I rescued one ewe, another would not be so lucky.

“I can’t explain how desperate I was, it felt like the odds were stacked against me and I was losing so much money but more than that, I was so disappointed that I had failed; my , my folks and myself. I went to a very very dark place and got fed up with farming. This rocked my very essence; farming is all I’ve ever wanted to do and, for once, I didn’t want to do it anymore. 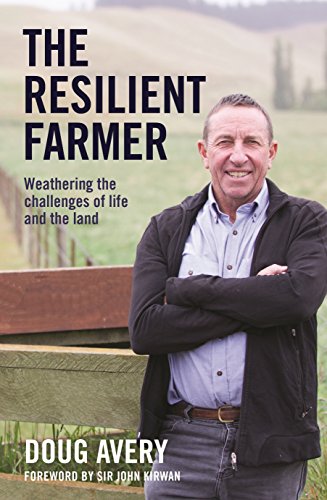 “I’m not alone in this and one of my friends lost 2,000 sheep at this time so it was a common story in the industry. At the time, I didn’t feel it, but I know now that I was very lucky to have the support of my friends who were in a similar situation and we were able to rally round and help each other. A year on, we still make the effort to speak to each other at least once a week so that we can vent, share or just let any stresses out.

“Immediately following the event, I found it hard to bounce back and I knew I needed to get away. I took myself to New Zealand to learn more and this is where I picked up a book that gave me the nudge I needed to pull myself together and get going again. “The Resilient Farmer” by Doug Avery spoke to me on so many levels and inspired me to change the way I do things. I didn’t bounce back – I bounced forward and we’re now lambing later in the season. I know that mine are not a unique set of circumstances – I am not alone. I have friends and collegaues and there are many out there who share my fears and experiences and we can work together to build resilience in the industry.”

“All I ever wanted to be was to be a farmer and a bit of me died in the snow last year but, like snow melting and new shoots starting to grow, for me I have a growing determination to deal with my mental wellbeing positively and encourage others to do the same. We all have a role to play in building resillience in the industry and, for me, I’m going to take on a challenge this year. I have decided to climb 9 of the highest peaks in the UK  in 3 days along with my brother-in-law George Collins to rasie funds for Pembrokeshire based The DPJ Foundation.  On the 14th of June 2019 we set off on our first peak and by the 16th we will be standing on top of Ben Nevis.”

From speaking to Matt it is clear that many of us are guilty of looking at mental health like we do dieting—that something has to be “wrong with us” in order to make changes. For example, most people decide to cut calories after noticing an extra five pounds on the scale. Similarly, a lot of people assume they have to be diagnosed with a mental health illness in order to work on their mental health. This is not the case…this week and every week please #MindYourHead

9 Peaks in 3 Days – how hard can it be? To support Matt’s Marvellous Mountain Challenge please CLICK HERE