Gina was appointed Director of Strategy & Marketing at NFU Mutual in October 2013 having overall responsibility for the company’s Marketing and Corporate Communications functions as well as the long term strategic direction of the organisation. 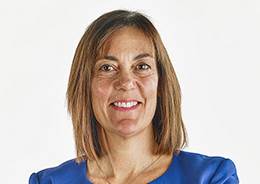 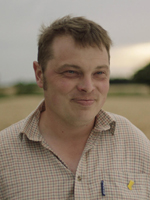 James Chapman is an ex-Chair of NFYFC, Nuffield Scholar and has been a very committed supporter of the Farm Safety Foundation since its formation in 2014. James was only twenty three years old when he suffered a life changing farm accident.  James was brought up on the small family farm in Warwickshire and earned a national diploma in agriculture at Moreton Morrell Agricultural College before setting up his own contracting business working on all aspects of farming for employers in the surrounding area.

Despite the difficulties he experienced, James has become an avid supporter of the issue, having been awarded the Farmers Weekly ‘Farming Champion’ in 2011 followed by an MBE for services to farm safety and was one of the first Farm Safety Ambassadors for the Foundation. In 2016 James published a report on ‘How Farm Safety Can Be Improved’ as part of his Nuffield Scholarship which involved visiting other countries in an attempt to get some understanding of the global issue of farm safety.

RAU graduate, James has been a member of Young Farmers Clubs of Ulster since he was 12. He served as Deputy President 2015-2017 and subsequently President of YFCU 2017-2019 and is still very much involved with the YFC and UFU network.

James is a passionate supporter of rural affairs especially mental health, farm safety and rural crime and has been a big supporter of the charity since we started and helped us develop and launch our YFCU farm safety training during his year in office. 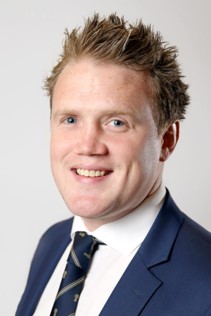 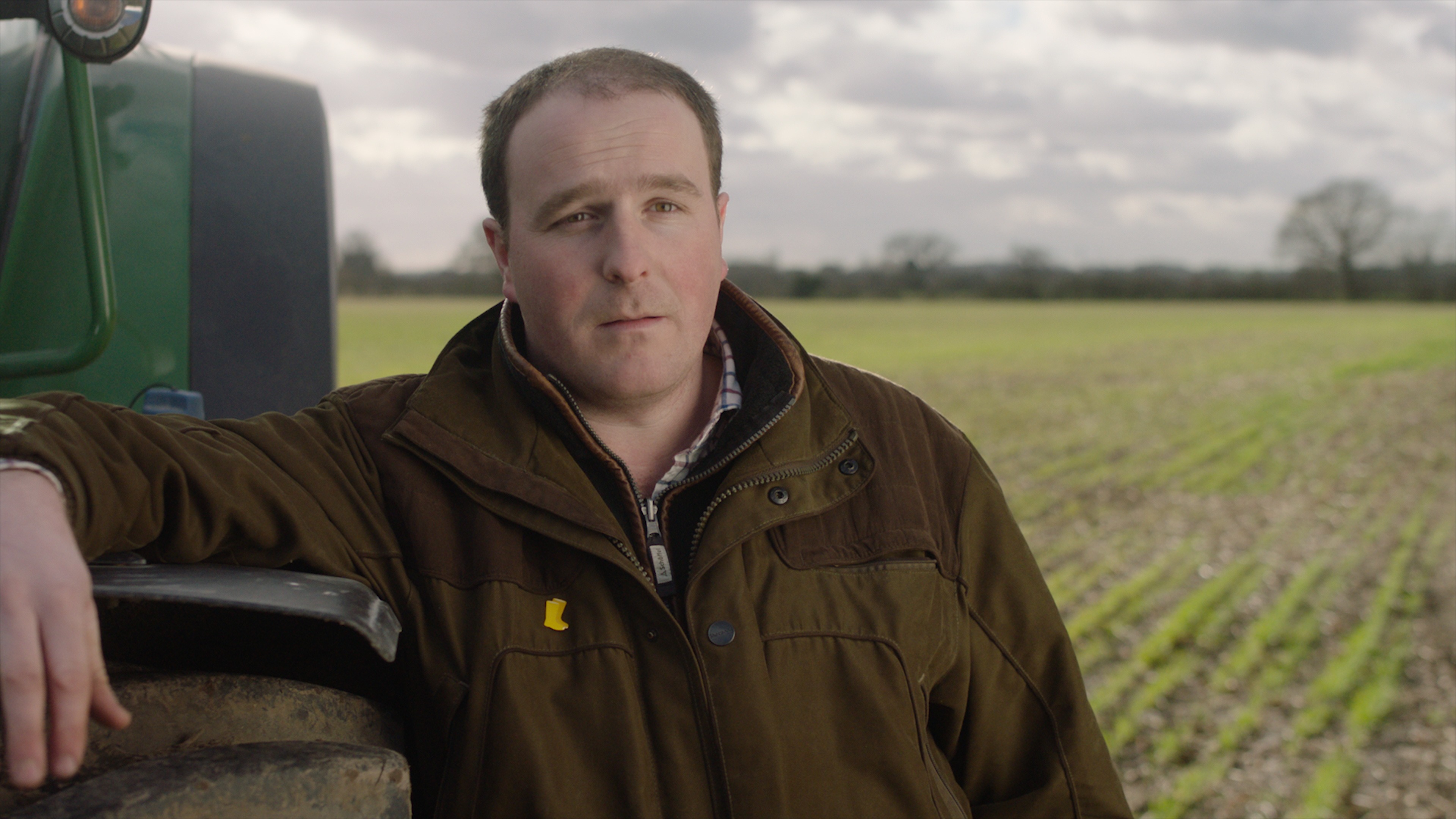 Edward Ford, from Chelmsford, Essex is another ex-National Chair of National Federation of Young Farmers’ Clubs, an arable farmer and Trustee of the Forage Aid charity.

Ed is an active member of Chelmsford YFC, part of the Essex County Federation of Young Farmers’ Clubs and as part of his year as Chair of NFYFC, Ed worked closely with the Foundation to bring the issue of farm safety to the members of NFYFC. The Farm Safe Curve module, developed by the Foundation and facilitated by NFYFC trainers has been delivered to 187 clubs and over 3,000 YFC members since 2017 and continues to be in demand.

Another Nuffield Scholar, Aarun has over 20 years experience of working in the agricultural industry in the UK and abroad, including research projects in Canada, Cambridge University and ADAS. He brings a wealth of knowledge of agricultural / environmental policy from his time spent at the Future Think Tank and the National Farmers Union.

Aarun offers an international perspective to the board, having worked in Zambia and Nepal as co-founder of HVP-Nepal-UK’ a charity supporting the development of schools offering holistic education and the sponsorship of orphan and disadvantaged children in the Himalayan nation of Nepal. Aarun was named one of Farmers’ Weekly Magazine’s ‘Key Influencers of 2018’ in recognition of his work on mental health in farming. 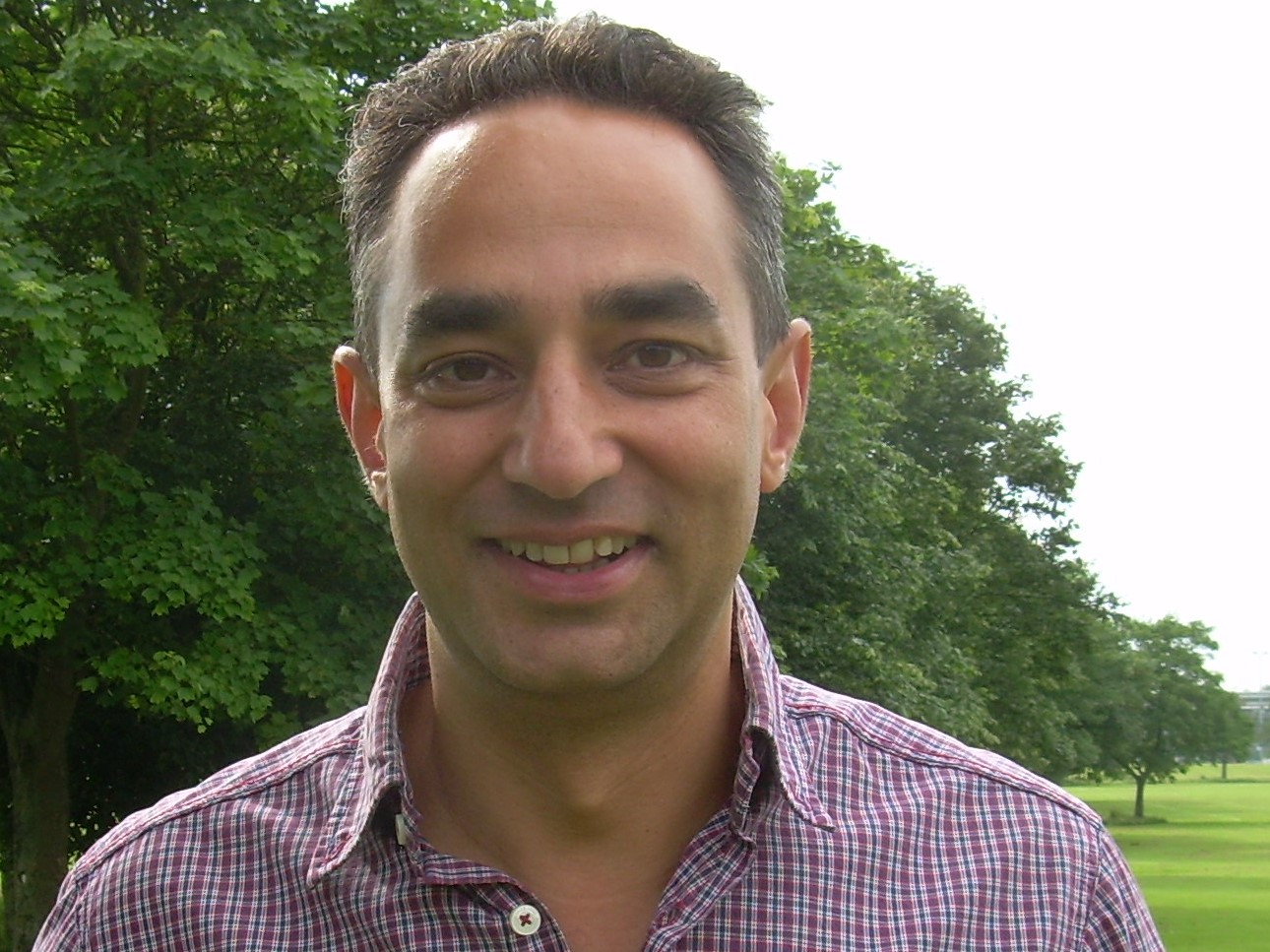 Delivering the action plan for charity, we have a small team with BIG ambitions.  The team of three are lucky to be based at funder NFU Mutual’s head office in Stratford-upon-Avon however they cover the whole of the UK…

Hailing from Donegal in Ireland, Stephanie’s friends were either farmers or fishermen; equally dangerous industries. After studying European Business Studies and spending time living and studying in Asturias and Barcelona, Stephanie began a career in journalism at Belfast’s Newsletter, working in the business section of the newspaper before joining publishing house Greer Publications with Ulster Business magazine.

After various roles in the Greer Publications group with Specify magazine and Ulster Business, Stephanie was appointed Editor of the award-winning Northern Woman magazine as well as editing the lifestyle section of Ulster Business.

From 2006-2014 she was Marketing & PR Manager for W5, Ireland’s only science centre and a charity with educational aims before her move, in 2014, to Stratford-upon-Avon where she has developed and grown the Farm Safety Foundation, its education programme and award-winning campaigns. Stephanie is a qualified Mental Health First Aider, author of The Little Book of Minding Your Head, a member of ISASH (International Society of Agricultural Safety & Health) and represents the UK on Safety Culture and Risk Management in Agriculture (SACURIMA) – Cost Action CA16123. 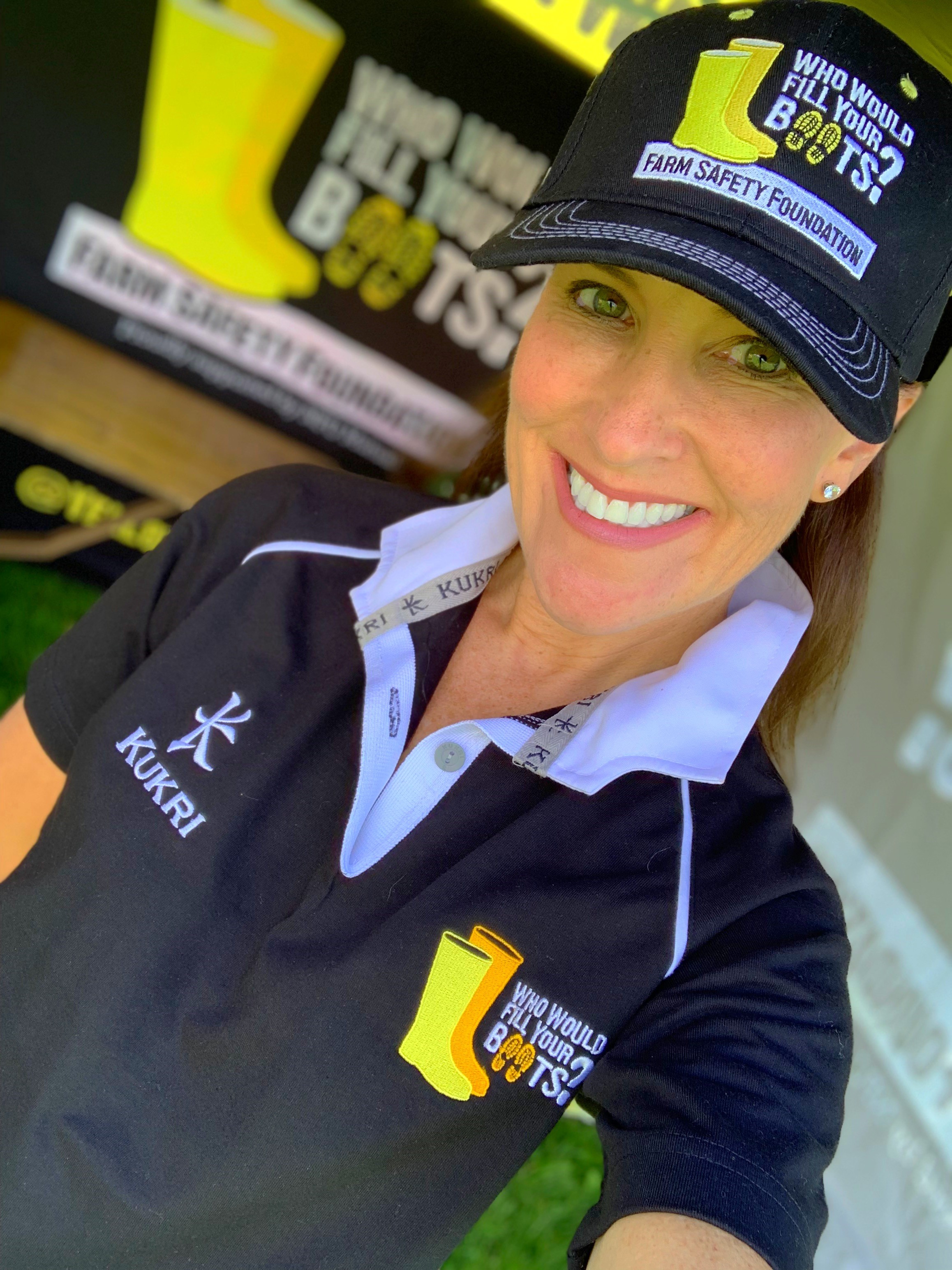 Sophie joined the team in July 2019. After studying Business and Management at Leeds Metropolitan University, Sophie worked at a children’s camp in the USA as the official camp photographer. She then went on to start an administrative internship at an innovative manufacturing organisation in Warwickshire, which led onto a marketing role within the organisation.

She has recently completed her CIM Certificate in Professional Marketing and Mental Health First Aid training and looks after fundraising and shows & events for the Foundation. 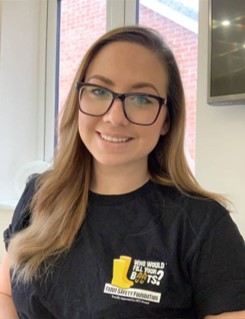 Megan is our newest team member and she joined us in January 2022.

Coming from a teaching background and with firm roots in the YFC network, Megan is ideally placed to look after our Shows & Events, deliver our Introduction to Farm Safety training sessions and support our wonderful fundraisers. Megan is the country training officer for Warwickshire, a member of Long Itchington Young Farmers Club and has recently been elected onto the Personal Development Steering Group at NFYFC.

In her spare time she has recently completed her first year of a Masters degree – where does she find the time? 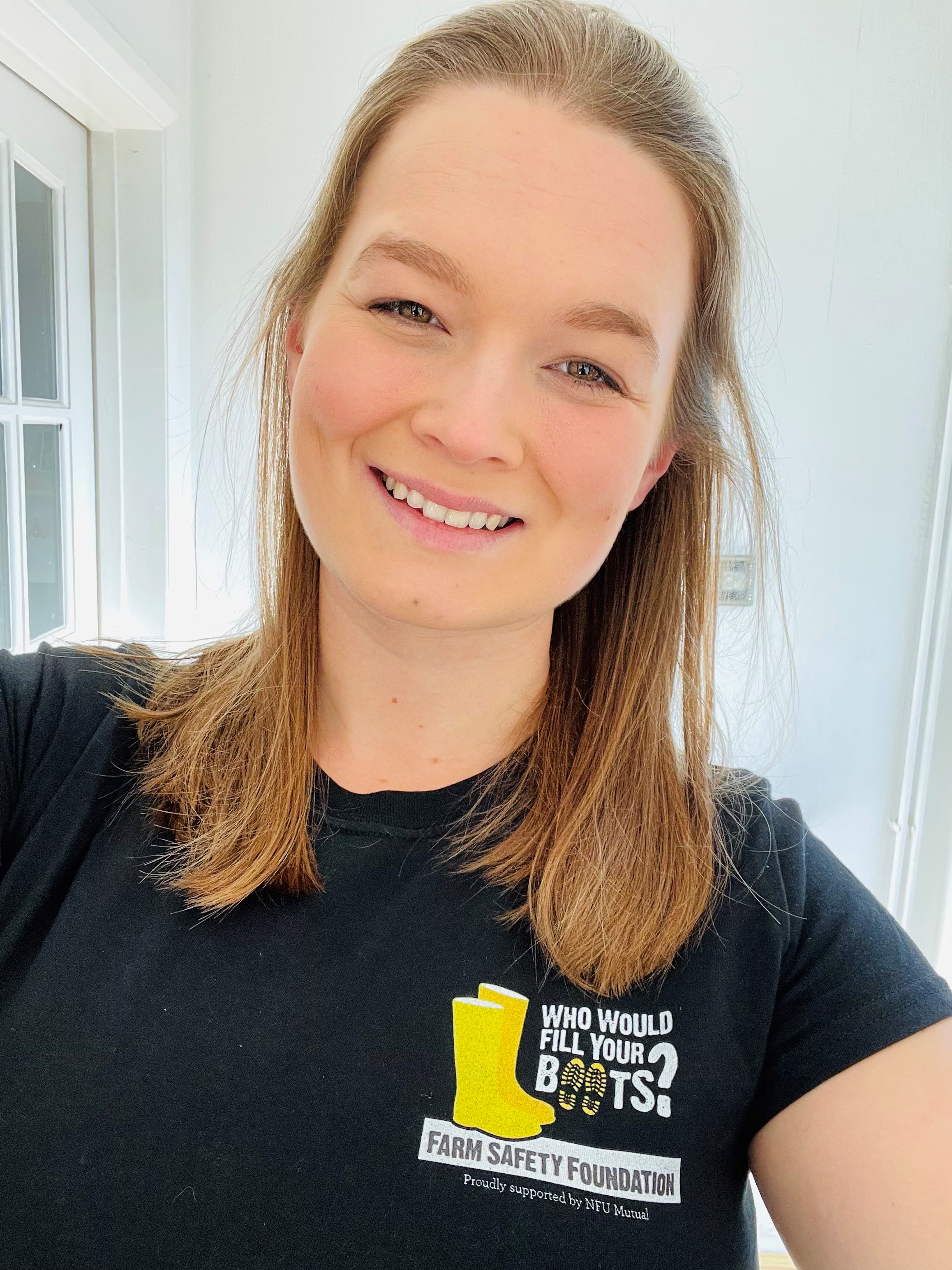 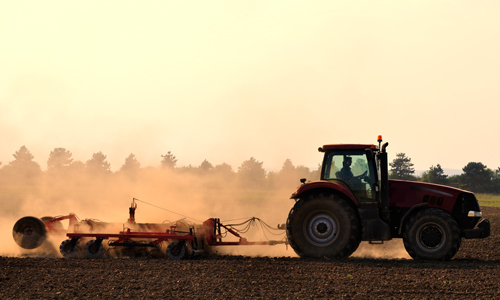 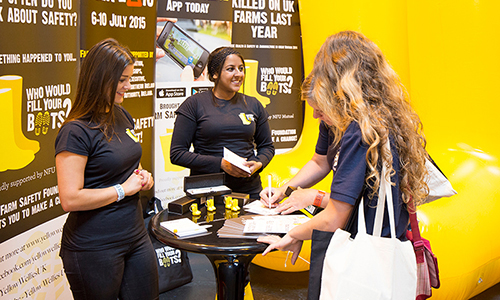 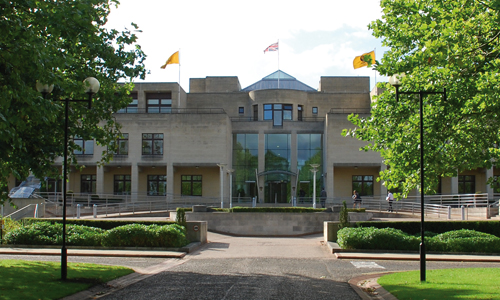 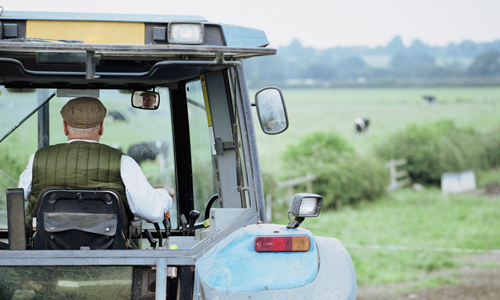