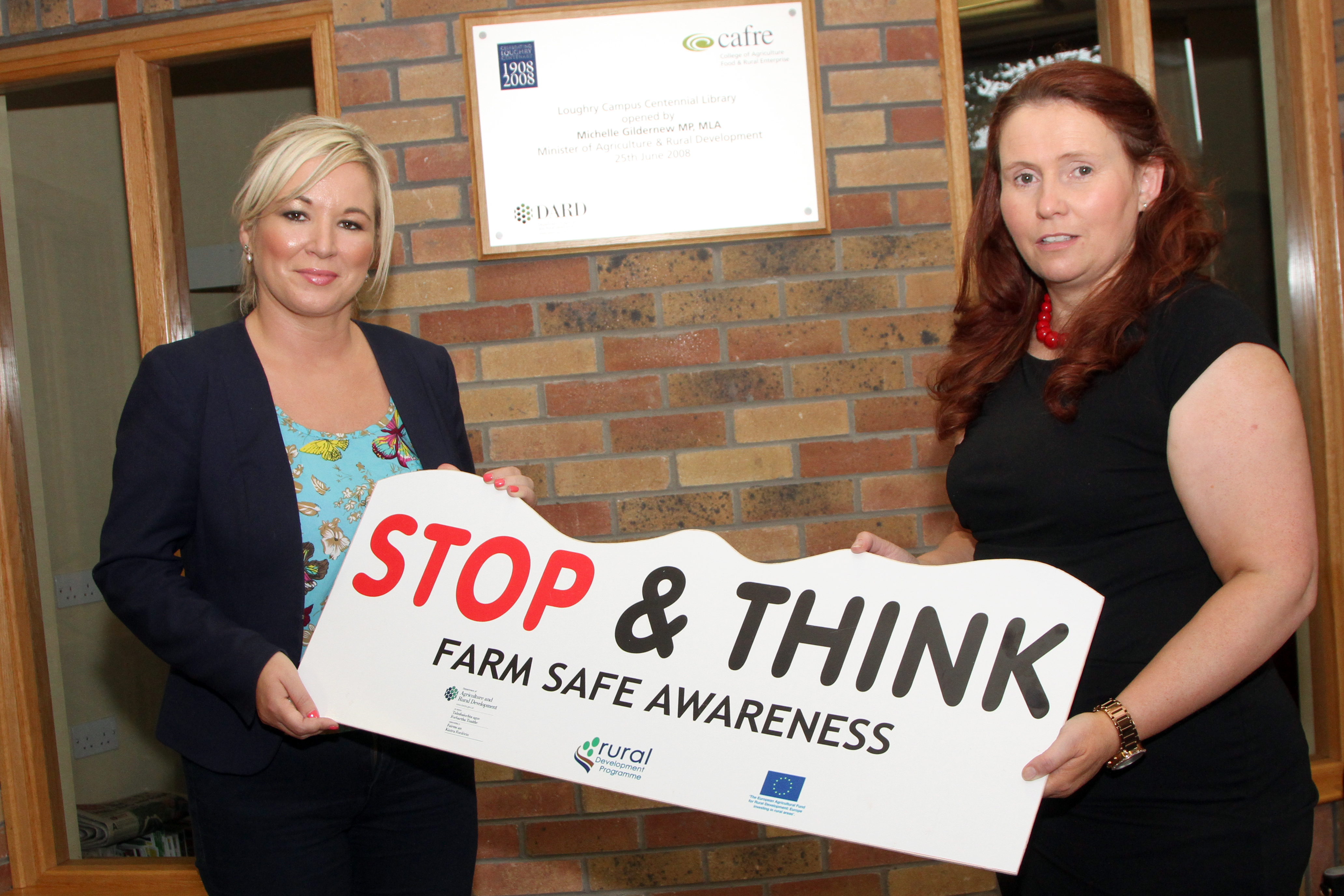 “It is imperative that safety in and around the farm remains a priority all year round.”

With the school holidays underway, Northern Ireland’s farmers and their families are being urged to ensure farm safety remains their number one priority this summer.

Teresa Canavan, Chief Executive of the Rural Development Council (RDC) made the call as it was revealed that over 5,200 people have undertaken FarmSafe Awareness training since its launch in February 2013.

Speaking on behalf of the Countryside Agri Rural Partnership, responsible for administering the initiative, Ms Canavan said: “The Farm Safety Partnership in its first action plan had an ambitious target of 3,000 farmers attending a Farmsafe event which was exceeded in March 2014.

“However, it is imperative that safety in and around the farm remains a priority all year round.

“We would urge everyone working on or visiting farms to remember just how dangerous they can be and to carefully consider all the hazards before commencing work or undertaking a particular activity on them”.

The FarmSafe initiative has been developed through the NI Farm Safety Partnership. Each FarmSafe event is specifically designed to raise awareness among farmers and farm families of the risks that exist when working on farms and covers topics including Working at Height; Slurry Risks; Handling Livestock; and Working with Machinery.

In welcoming the training target achievement, DARD Minister Michelle O’Neill MLA said: “FarmSafe Awareness events were introduced to help change a mindset of risk-taking and it is encouraging that  in the past 12 months over 1,800 farmers have attended an event.

“The number of people attending the Farmsafe awareness events demonstrates the commitment by farmers in making health and safety a number one priority on the farm.  We want to build on this achievement and will continue to keep farm safety a priority within the new Rural Development Programme.

“When working on farms I would appeal to farmers and their families to ‘Stop and Think SAFE’ at all times”.

For anyone who wants to learn more there is an online tool at www.farmsafenet.org

Over 900 farmers have already accessed the site which contains videos and resources on farm safety and there is also the opportunity to complete an online quiz.  On completion of the quiz you will receive a certificate containing a unique reference number which you will be advised to retain for future reference as this will be a requirement when accessing funding within agreed schemes of the new NI Rural Development Programme.