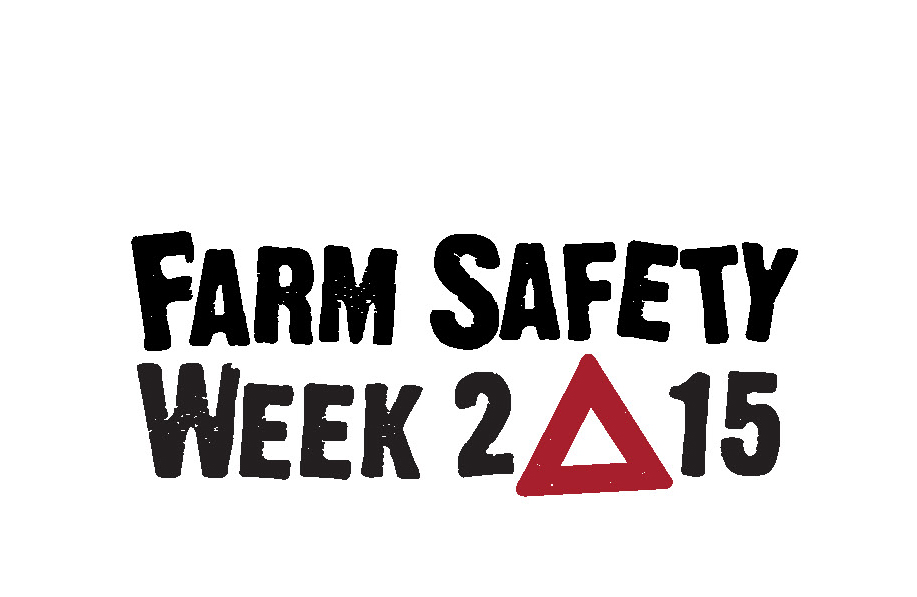 From falls and transport to child safety – Farm Safety Week (6-10 July) offers five days of themed practical advice and guidance for farmers and comes just after the HSE released the annual workplace fatality statistics for Great Britain in 2014/15.  In 2014/15, 33 fatal injuries to agricultural workers were recorded – a rate 9.12 deaths per 100,000 workers, the same as the average of 33 deaths in the past five years and, unfortunately, an increase from the 27 deaths recorded in 2013/14.

According to Rick Brunt, HSE: “While our farmers are among the best in the world, farming continues to have one of the poorest records of any occupation in the UK and Ireland and while all farm accidents are shocking and dreadfully sad, the saddest thing is that they can often be prevented.

“A fall can lead to long term injuries and make it difficult to keep on farming. Most Falls from Height accidents occur either because the work is not properly planned, the risks are not recognised, proper precautions are not taken, or the equipment used is either defective, not appropriate, or used incorrectly. Often people about to undertake a job believe it will ‘only take a few minutes’, and take a risk in the hope that simply being very careful will be enough.”

Even the most safety conscious farmers can experience the effects of a serious injury. In a recent case, a young Yorkshire farmer was carrying out routine maintenance on a length of guttering on the family farm when he fell eighteen feet through a roof light onto the concrete floor below him.  Twenty year old Peter Rooke was in great pain as he had broken the femur in his left leg. He was airlifted to hospital where surgeons pinned the leg with a steel rod but he was unable to return to work for eight weeks.

His father Mark was working with him on the roof. “It is a job I have done for the past 30 years and whenever I was working on the roof there was a farm worker below so I was not alone…The gutter cleaning is an annual job which we have to do to ensure that there is no water leakage when grain is stored in the building below.

“It was a fine day but heavy rain was threatened so there was some pressure to get the job done before the weather changed… I told Peter about the dangers before we went up there together and to be very careful.

“We had only been working up there for about ten minutes when the incident occurred. Peter had stepped backwards from the safety boards onto the (fragile) roof light which gave way and crashed straight through to the floor below. He cannot explain how or why he had stepped backwards and it must have been a lapse in concentration.”

Since the incident Mark has had a safety harness and a back rail fitted to the roof so that anyone working at height there is securely held.

This case reinforces that fact that farm workers of any age run the risk of injury or death from falls. Working at height is an ever-present danger on farms.

Rick added: “Working at height is a frequent danger on farms. A fall is one of the most common causes of death and serious injury and farmers and farm workers of all ages run the risk of injury or death from falls from height.  It is vital that the farming community take the time to think about what they are doing and what might go wrong. Don’t learn safety by accident!”  #FarmSafetyWeek