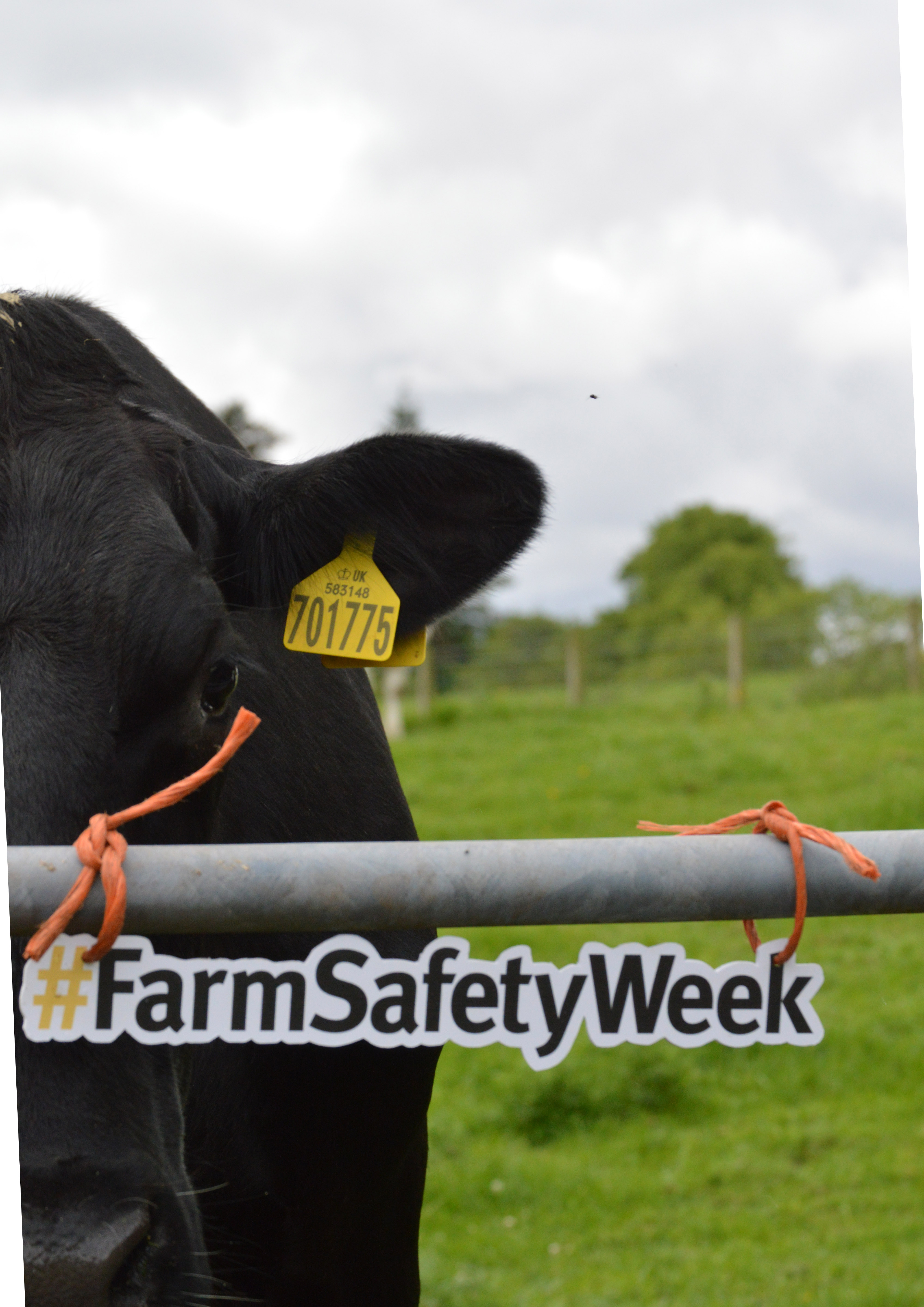 Many farmers never stop to consider why animals behave as they do and, more importantly, what this behaviour could mean to their personal safety.

Animal-handling practices are often learned from watching others and from personal experiences growing up on the farm. Too often, this results in unsafe livestock handling and restraint practices. Thankfully most animal incidents are not fatal but too many men, women and children are needlessly injured every year due to a lack of safety awareness. Broken bones, crushed or lost limbs, work absences and unnecessary medical expenses are some of the results of livestock-related incidents so, today, the Farm Safety Week team is challenging farmers to think about improving livestock handling systems and making them safer and more efficient.

From quad bike accidents to animal attacks, farming still kills and injures more people than any other industry in the UK and Ireland – on the last day of the Royal Welsh Show, Farm Safety Week shines the spotlight on working with livestock.

According to Malcolm Thomas, Chairman, R.A.B.I: “Over the past four days we have been blessed with the most beautiful selection of livestock seen anywhere in the world. Over 7,500 livestock entries from across Wales, the UK and the rest of Europe competed to be crowned champion in their category but against the background of the last day of another successful Royal Welsh Show, we are looking at the realities and risks of working with livestock.

“Over the past decade, on average one person is killed every nine days as a direct result of agricultural work activity and, since the start of the year, three farm workers lost their lives as a result of livestock-related incidents.

“Handling cattle always involves risks, the risk of being hurt physically by an animal that is frightened or has been startled and the risk of being hurt due to the misuse of equipment or equipment that is poorly maintained. Over the course of this week, we have worked with our partners to educate and inspire a drive to improve agriculture’s poor safety record. Today it’s all about animals. Livestock can be unpredictable, something that even the most experienced farmer can’t completely plan for. Just ask Anglesey farmer Wyn Jones…”

43-year-old Wyn has worked part-time for his local cattle market for a decade, dealing with an estimated 12,000 cattle per year. He also keeps beef, sheep and suckler cows at his own farm. He has never been afraid of cattle, and still isn’t. However, in January 2016 he says one minor ‘lapse’ of judgement left him with a broken back and an injured shoulder. Wyn knows it could have been much worse.

He explained: “The accident happened at 3am in the morning. A heifer was calving and I went to see to her. It was an awful night, wet and windy. I knew this particular cow could be a bit touchy but we had a mutual respect and she’d always been OK with me.”

That particular night, rather than go through the main door where he could be clearly seen, Wyn thought it would be easier to cut through the feed barrier. There was plenty of light, but his approach ‘spooked’ the cow and she knocked him to the floor. 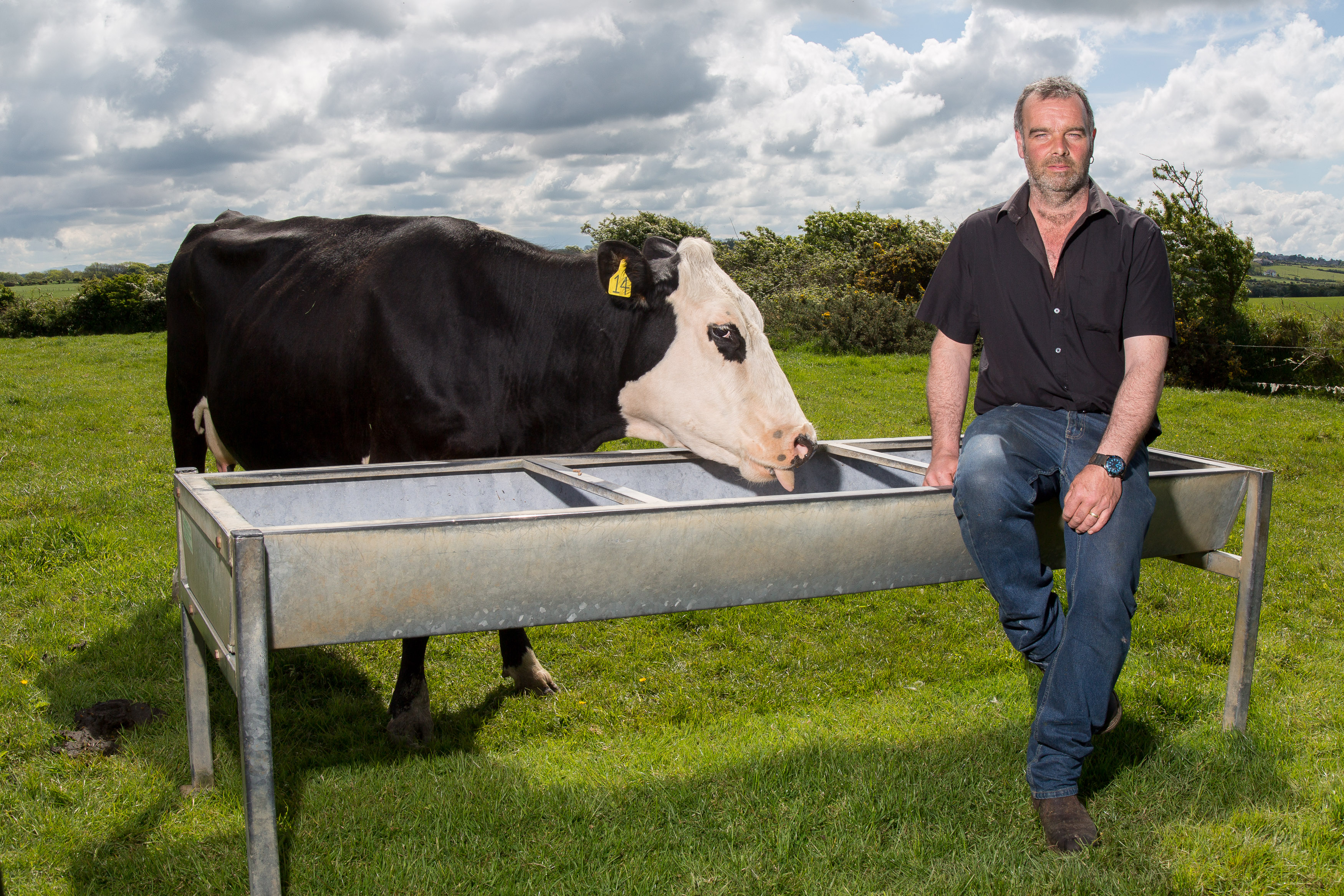 Wyn found himself in a corner with nowhere to go and the animal’s head pressing down on his chest. He tried to fight back the best he could and managed to slide under a gate into an adjoining calving pen.

Incredibly, after staggering to his feet, he grabbed a pitchfork and went back in through the main door to deliver the calf. But he knew he’d been hurt and was aching from head to foot.
A keen footballer and always physically fit, Wyn tried to carry on as normal the best he could for the next couple of days. He was heavily bruised on his chest and arms but it was his back that troubled him most. Eventually, he agreed to see his GP and, after a couple of consultations, the local hospital diagnosed a hairline fracture of the back.

For the next two-and-a-half months Wyn was unable to work, which meant he lost valuable income.
“In hindsight, I should never have gone through the feed barrier,” concedes Wyn. “Usually, I go through the steel door, it’s noisy and the animals can see who’s there. I’m experienced and I’d known this cow for seven or eight years – we understood each other. But I startled her.”

Considering the worst case scenario, Wyn comments: “I could’ve been lying there all night and the next day too if I’d been more badly hurt and unable to get myself out. What if it had been my daughter? Cows are like people, they do unpredictable things sometimes, but you cannot underestimate how strong and powerful they are.”

Wyn’s advice to others is ‘know your handling place, have an escape route and don’t cut corners’.

“Farming is a highly rewarding industry and so vital to the UK economy but it is still one of the riskiest.” adds Stephanie Berkeley from the Farm Safety Foundation, the charity behind Farm Safety Week.

“Working safety with livestock involves much more than being “careful” around recently calved cows or cantankerous bulls. In fact, many of livestock accidents are not directly related to the animals themselves but caused by improper use of equipment of poorly maintained or poorly built facilities. Often farmers don’t make adjustments or modify equipment to make it safer because they are in a hurry or because they think they can just ‘make do’ for economic reasons but farm safety is a lifestyle, not a slogan and ‘Because I’m in a hurry’ is not a good enough reason for poor maintenance of equipment and facilities. Safe equipment is more of an investment than an expensive luxury.”