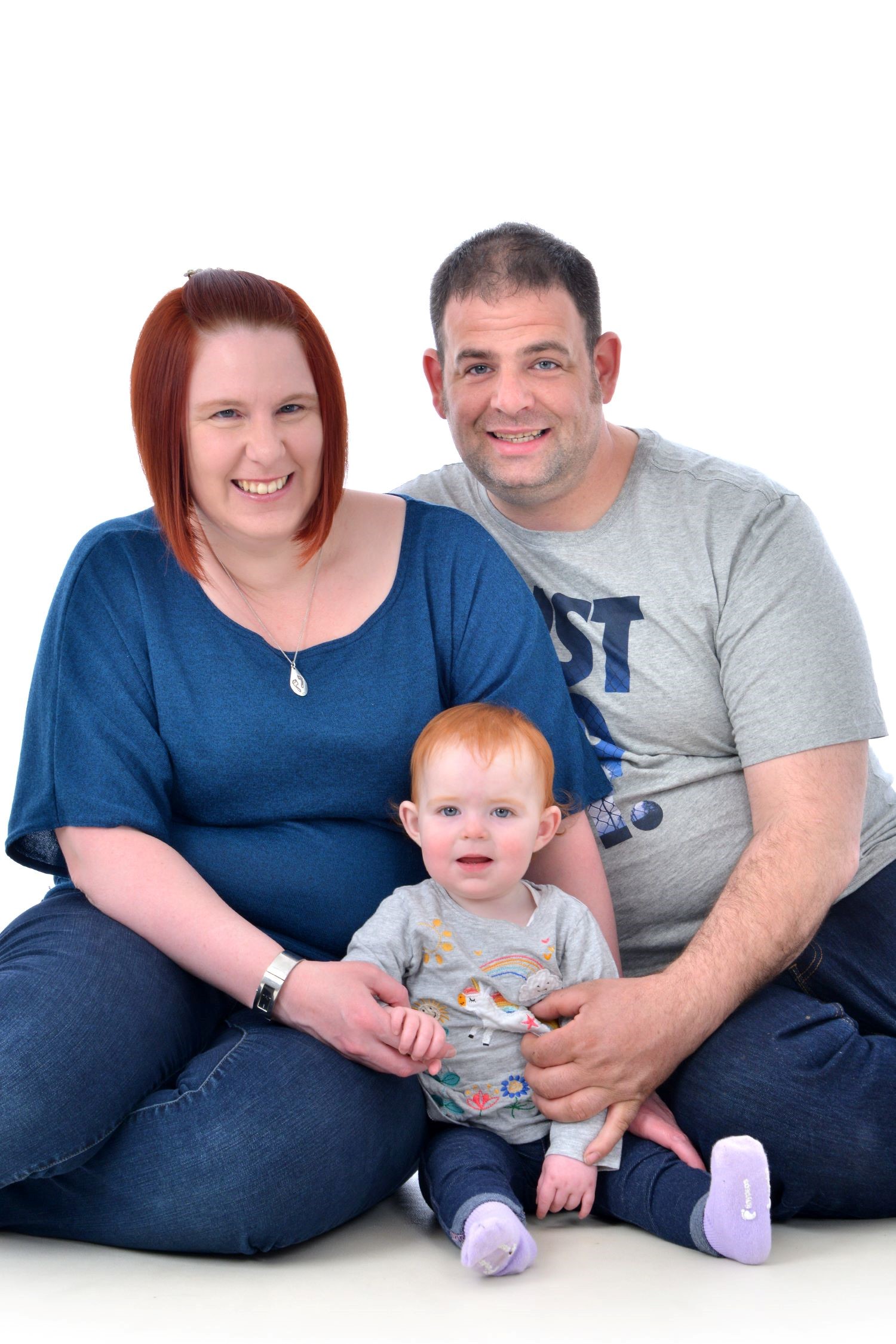 Raising a young family on a farm can be an amazing experience, but it can also be a dangerous one as Linzi Nelson unfortunately knows…

At 3 years old, Linzi’s son Stuart had his life cut short in a tragic accident on their family farm in Crossgates, Fife. On Day Two of Farm Safety Week, Linzi has agreed to share her heartbreaking story of what happened on that day and reveals why losing a son is an experience no mother wants to speak about – and how she, and her husband Richard, are slowly learning how to exist again as a young family on a busy working farm.. 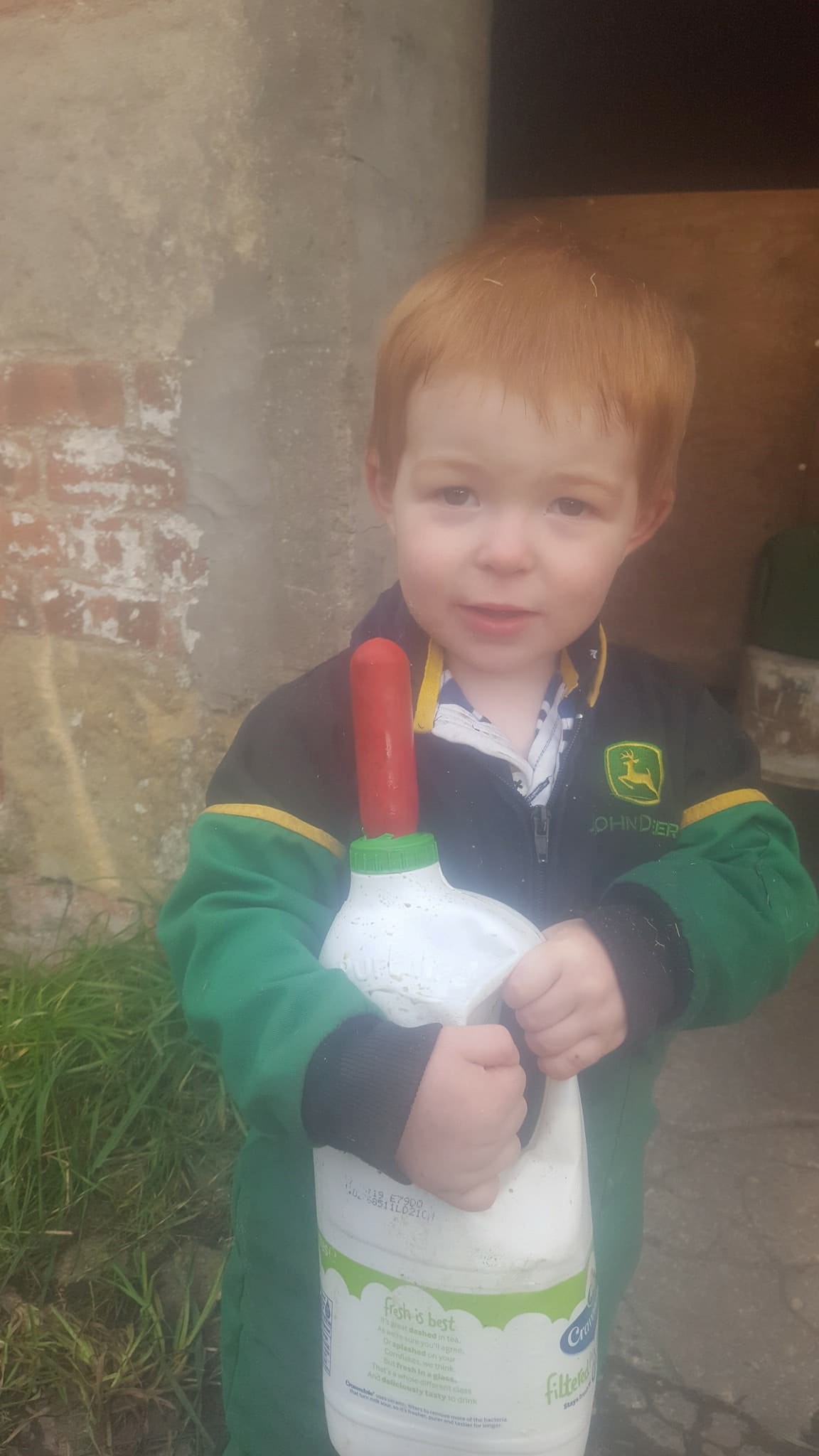 ‘Stuart always loved being on the farm’ says Linzi
‘I don’t come from a farming background, Richard does, and that’s where Stuart felt most at home. I quietly hoped that Stuart would head off when he was older and study to become a doctor or a lawyer but that was never going to happen. His face would just light up when Richard invited him to take a walk around the farm. It’s where he was happiest.’

‘I know that farmyards are not playgrounds. We’re a young family and don’t have a lot of support nearby so there were some times when we had no choice but to take Stuart with us when we were particularly busy but we always tried to make sure he was safe and supervised.’

The terrible irony of this statement is that, on that fateful day in February 2017, Richard had refused to take Stuart as a passenger in the cab of the farm’s forklift as he knew this wasn’t good working practice. Richard left the three-year-old playing near the grain pile and started his task. What happened next changed Linzi and Richard’s lives forever as Stuart heard the sound of the engine start up and ran to see his Dad in action and, unfortunately, into the path of the reversing vehicle.

The days following the tragedy saw Linzi, who was 21 weeks pregnant with baby number two, experience extreme scrutiny; from HSE, who were investigating the circumstances surrounding the accident, from media who were reporting this heart-breaking news story and from concerned locals, who were genuinely worried about the family in the wake of such a tragedy.

Nevertheless, Linzi felt like all eyes were on her but she knew that there was still a working farm to run so she did with her grief what any of us who have been bereaved have to do: she folded it into herself, and has made it an integral part of who she is, and as a result she is stronger, more aware of the frailty of life and the value of family.

‘You get up every day but some days you’re just not there. It’s taken a horrendous experience to put life in perspective.’ She explains.

Linzi also knows that she needs to honour Stuart’s memory but, as she explains; ‘what does that really mean?’ At the minute, she feels the best way to honour Stuart’s memory is to talk about him, to live as fully and as well as possible, for Hannah, for Richard and for herself. She hopes that by sharing their story she will inspire other families with young children to really give deep thought how they can be practical and realistic about farming safely despite the many challenges they may face on a daily basis.

‘The farm can be a magical place for children, but it can also be a dangerous place where the unthinkable can happen in a matter of seconds. Even when time is of the essence, take a minute to think about what could go wrong… This is time you have to make for yourself and your family and time that you will never get back. Believe me I know.’

Linzi defines herself, she says, not as a bereaved mother, simply as a mother: and being a good mother, a protective mother, to her one-year-old daughter Hannah has been her overriding ambition since Stuart’s death. There will never come a day, hour, minute or second that Linzi will stop loving or thinking about Stuart. Just as parents of living children unconditionally love their children always and forever, so do bereaved parents. Linzi and Richard want to say and hear Stuart’s name. They want to speak about their son as normally and naturally as possible to let Hannah know she is a little sister and has a brother in heaven and his love lives on forever.

According to Stephanie Berkeley who heads up the Farm Safety Foundation, the charity behind Farm Safety Week; ‘Skipping the extra-rider experience is not easy for anyone, especially eager young farmers. Farm machinery can be a tempting playground for young children on farms, but children can fall, cut themselves on sharp edges, or worse. That extra seat in the combine and tractor cab? It’s not a buddy seat designed for small children and there are several examples of cab doors opening, glass shattering and children perishing. A little disappointment and inconvenience in exchange for a safer farm experience for your child is worth it.’

‘Always remember that young eyes are watching and learning from you — they do what you do. If you make a habit of wearing a helmet, a seat belt, or taking time to properly assess a task they will, too. Now that’s worth thinking about. To adapt this week’s strapline… it’s their health, their safety but it’s your choice!’