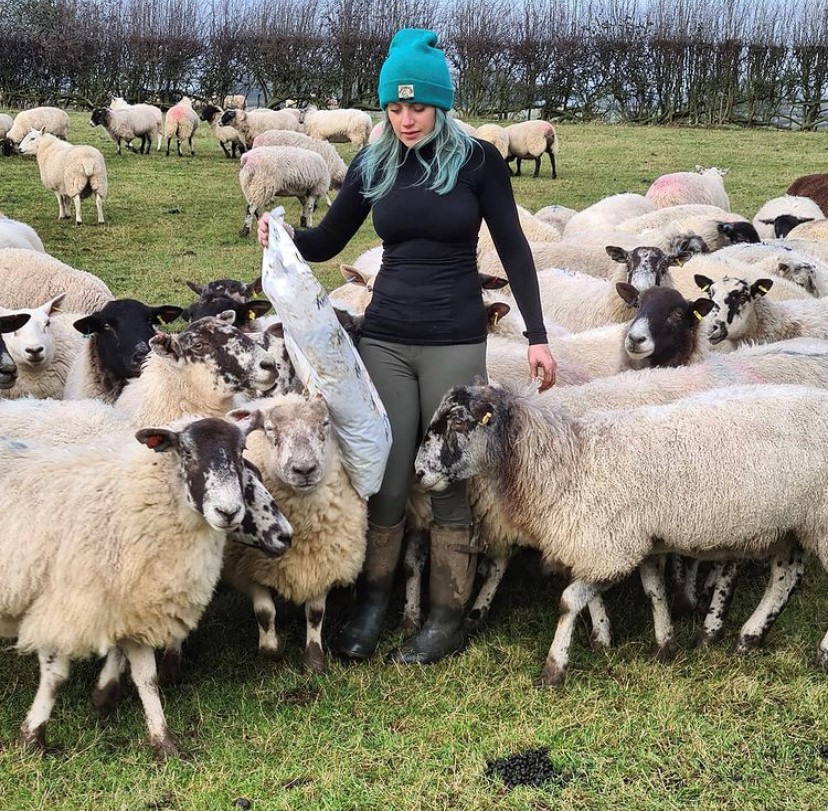 Like any other health problem, someone with poor mental health needs extra love and support. You may not be able to see the problem, but it doesn’t mean that you’re powerless to help as Vickie Gillespie, a 31 year-old farmer from Leicestershire knows only too well.

Vickie and her father Andy have a farm with around 300 cattle, 200 sheep and 8 pet pigs and, when Vickie was 17, her dad became poorly. ‘Poorly’ is a term Vickie uses to describe PTSD, her dad’s condition as she views a mental illness in the same way as any physical illness, something that should be talked about and something that should receive the right medical treatment.

Farming had always been a big part of Andy’s life. He had always wanted to be a farmer and farm his own land and successfully secured a farm so he could leave an unfulfilling job and pursue his dream. The reality, however, differed from the dream and Andy struggled with starting from scratch and trying to make it work. The added complication of dyslexia meant that he was wary of paperwork and didn’t fully understand how to complete the mountains of admin that goes with the industry, leaving him slightly disadvantaged and wholly despondent.

At this point Vickie and her mother knew that this was serious as Andy couldn’t deal with the guilt and wasn’t coping with his PTSD or the farm. Like many of his generation, he didn’t acknowledge that he may be struggling with his mental health, ran away from the problem and left the family. Over the following years, teenage Vickie found herself supporting her devastated and confused mother however there came a point when she, herself started to feel drained and depressed.

Although relations with her father had improved and he was seeing a counsellor and on medication for depression, Vickie was the one who was starting to feel the effects and, at 25, she found herself in a very dark place. Despite the experiences with her own father, Vickie repeated his behaviours – she stuck her head in the sand and hoped it would go away. She was working in an office crunching data, something she found dull and boring and could find no joy in any of the things that she used to like. She tried to build her resilience by giving back and volunteered at an animal sanctuary in South Africa. But, on her return to the UK, she found herself out of a job, something that would prove to be a blessing in disguise… 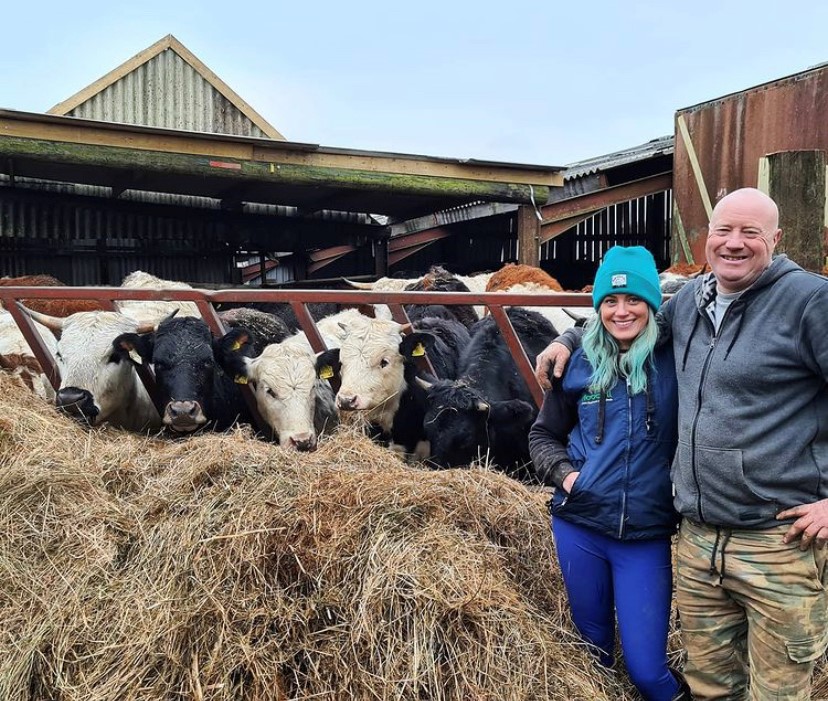 Vickie and her dad Andy

Around this time, Vickie started medication for her depression and enrolled in cognitive behavioural therapy and found this stabilised her moods and boosted her confidence so, when Andy suggested that she come and work on the farm with him, she agreed.

Although farming was never something that Vickie had considered, she wanted to make a success of it so her father could have a legacy and, despite some teething difficulties, she found she was actually very good at it.

For the past six years, Vickie and Andy have worked together building the farm and after trialing various medications, Andy is now managing his condition and admits that he should have asked for help rather than running away from the problem. Vickie now looks after most of the paperwork and finance for the farm which is starting to thrive and, together, they are supporting each other. As Vickie explains: “we both have bad days, but that’s okay as bad days are normal… it can be easy to forget that actually it’s human to feel rubbish somedays and it’s allowed.”

For someone who had never considered a career in farming, Vickie seems to be a natural. She is still learning, about life, farming and managing her own mental health but she admits her stubbornness drives her and, what started as a goal to make the farm a success for her father, has now become a family affair with her mother now involved and is now her goal. Being a woman in farming has never been an issue as nearly 1 in 5 farmers in the UK are female and, at her own admission, she may be “5ft 3 and built like a fairy” but she can do it and she can certainly hold her own.

This was evident when Vickie took some calves to market and an older farmer approached her to enquire who she worked for. She replied politely that the calves were hers and she had her own farm.
“That’s nice”, he replied “I guess you’ll give us something nice to look at.”
A few weeks later, Vickie returned with a larger group of calves who achieved an impressive price at market and, as she passed the same older farmer in the company of others admiring her stock she quipped “There you go…” pointing to the calves, “these will give you something nice to look at” held her head high and walked on…