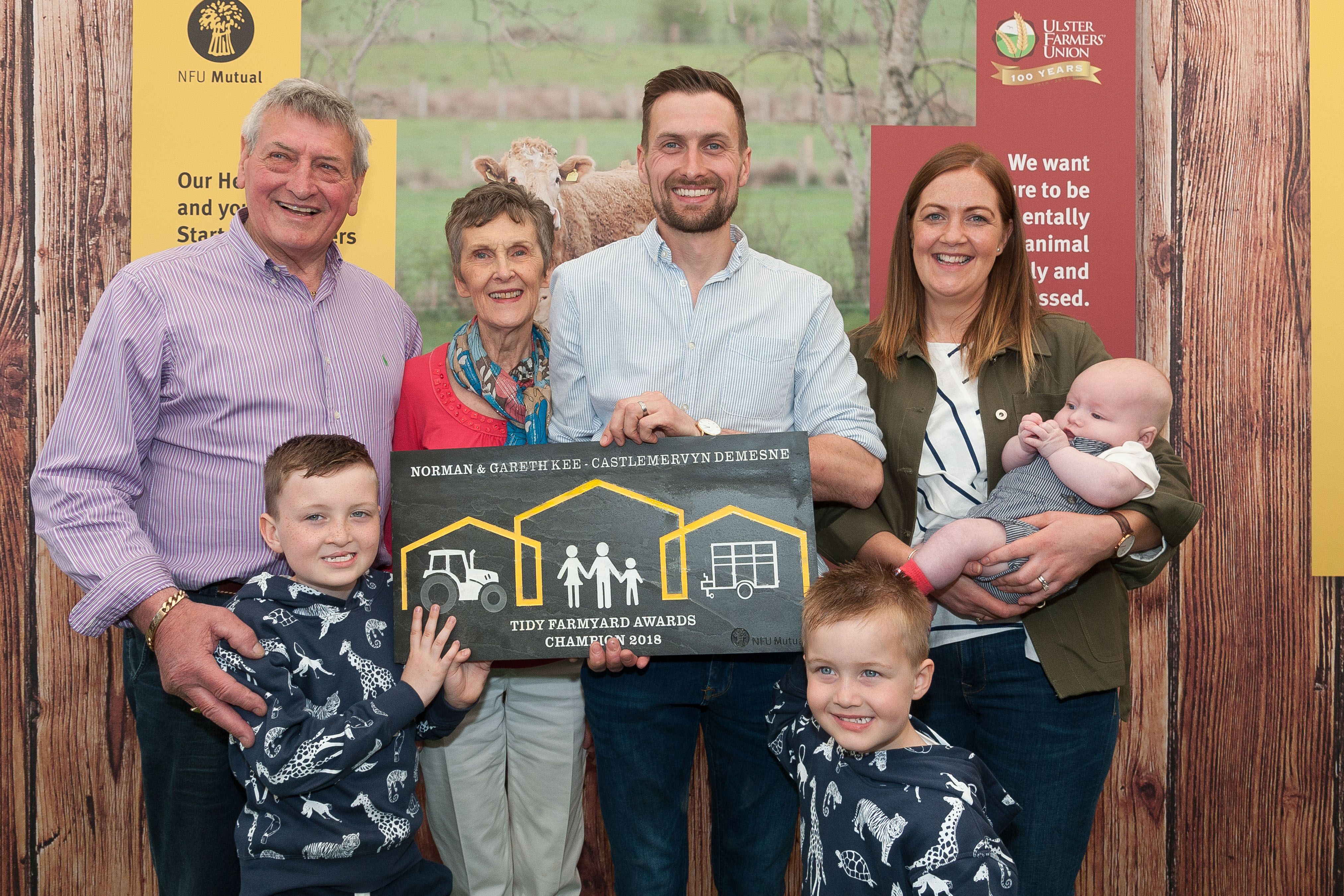 Farm Safety Foundation funder, NFU Mutual recently piloted a new awards competition aimed to recognise farmers in Northern Ireland who go the extra mile to ensure their farmyards are as safe and practical as they can be. The competition was devised to demonstrate the importance of a safe working environment and attracted over 50 entries from farmers across Northern Ireland, keen to demonstrate how they are making their farmyards safe for workers, family and the public. 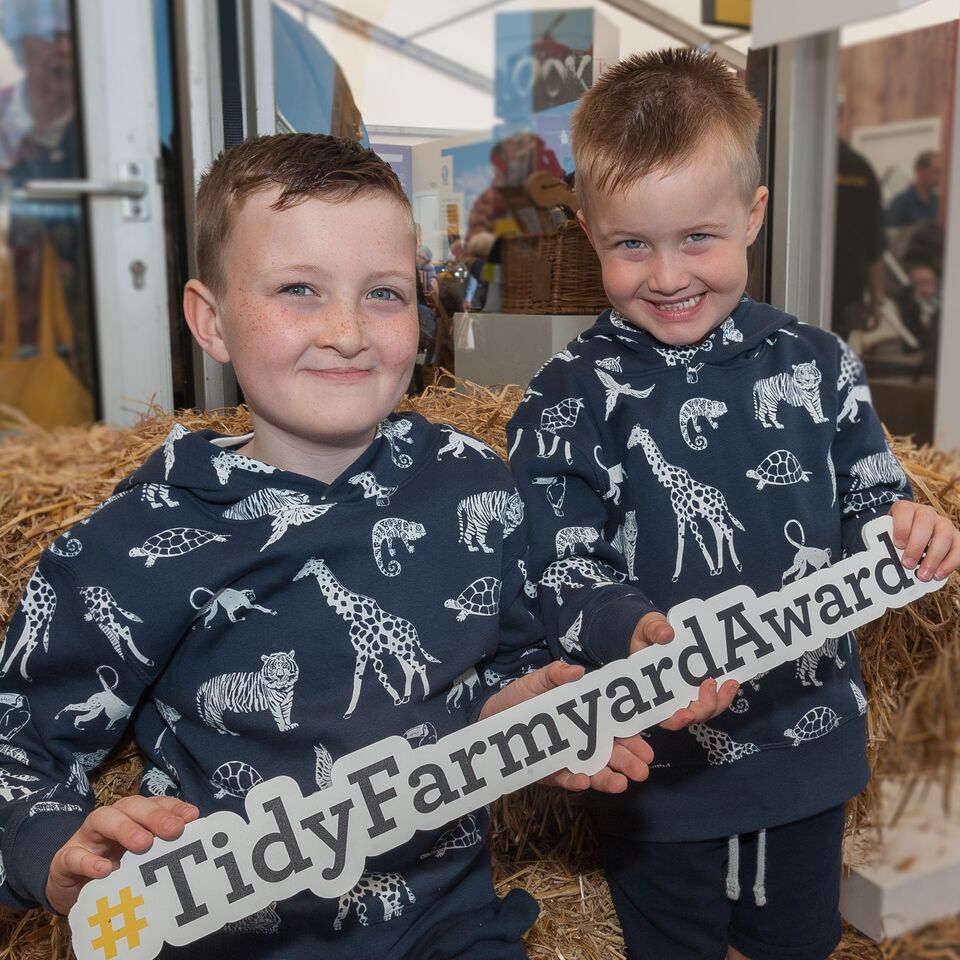 Over the course of two days, a panel of judges travelled over 450 miles visiting six shortlisted farms, meeting the farmers and seeing for themselves how safety has been made the priority in the workplace. The unanimous winner was Gareth Kee of Castle Mervyn Farm, who runs a family farm in Trillick, Co. Tyrone with his father Norman. Gareth is himself a father of three young children and clearly demonstrated his commitment to maintaining a well-kept farmyard and the positive impact this can have on efficient and safety.

Designed to raise awareness of the good practice of Northern Ireland’s farmers in today’s modern industry, the idea for the awards actually came from NFU Mutual’s staff and network of agents in Northern Ireland.

Entries were initially judged on four photographs which showed how each farm addressed the challenges of maintaining an efficient tidy farmyard, with the judges visiting six finalists to get a detailed picture of how they address safety on their farms.

“We’re delighted that the awards have created so many excellent entries and has also raised awareness of farm safety ahead of silaging and harvesting – one of the most risky periods in the farming calendar,” said Martin Malone, NFU Mutual Manager for Northern Ireland.

“Visiting the finalists showed much can be done to reduce the risk of farm accidents by removing risk wherever possible and protecting people from what remains.

“I am hugely impressed by the positive mind-set of the finalists and their determination to make safety to their first priority on their farms.

It was a tough task to decide the overall winner, however, Gareth’s careful planning of a safe farm yard and attention to detail were the deciding factor. Seeing how the finalists had approached managing the potential hazards of a busy farm yard also shows it’s not necessarily expensive or time-consuming to put safety first but more about your mind-set and making sure that everyone on the farm understand the need for safety.

“As a mutual insurer which is closely connected with most of Northern Ireland’s farms we are all too aware to the heartbreak farm accidents cause. This is the reason we established the Farm Safety Foundation and we are so proud of all the work they do all year round. It is also the reason we set up the awards; to show what can be done to make farm yards safer and reward those farmers who really go the extra mile to make their farms safe.”

Recognising the complexity of modern farmyards and the impact of having farms and family homes in close proximity, NFU Mutual continue to support the Farm Safety Foundation and urging farmers not to be complacent and continually assess the risks involved in everyday farming tasks which unfortunately continue to cause high levels of injuries and deaths.

Stephanie Berkeley, who heads the Farm Safety Foundation said: “This has been such a wonderfully positive initiative to have been involved with. They say that good news does not make good headlines but, having seen some incredibly professional farms and having met hard working, dedicated and highly safety conscious farmers over the course of the competition, I am confident that this is the way forward.
“As we have seen this Farm Safety Week in particular, the world of agriculture has changed and we need to keep up so why shouldn’t we celebrate good practice.”

stephanie_berkeley_zl4u2oa9What Good Looks Like – A Tidy Farmyard is the ‘Kee’ in Northern Ireland07.20.2018