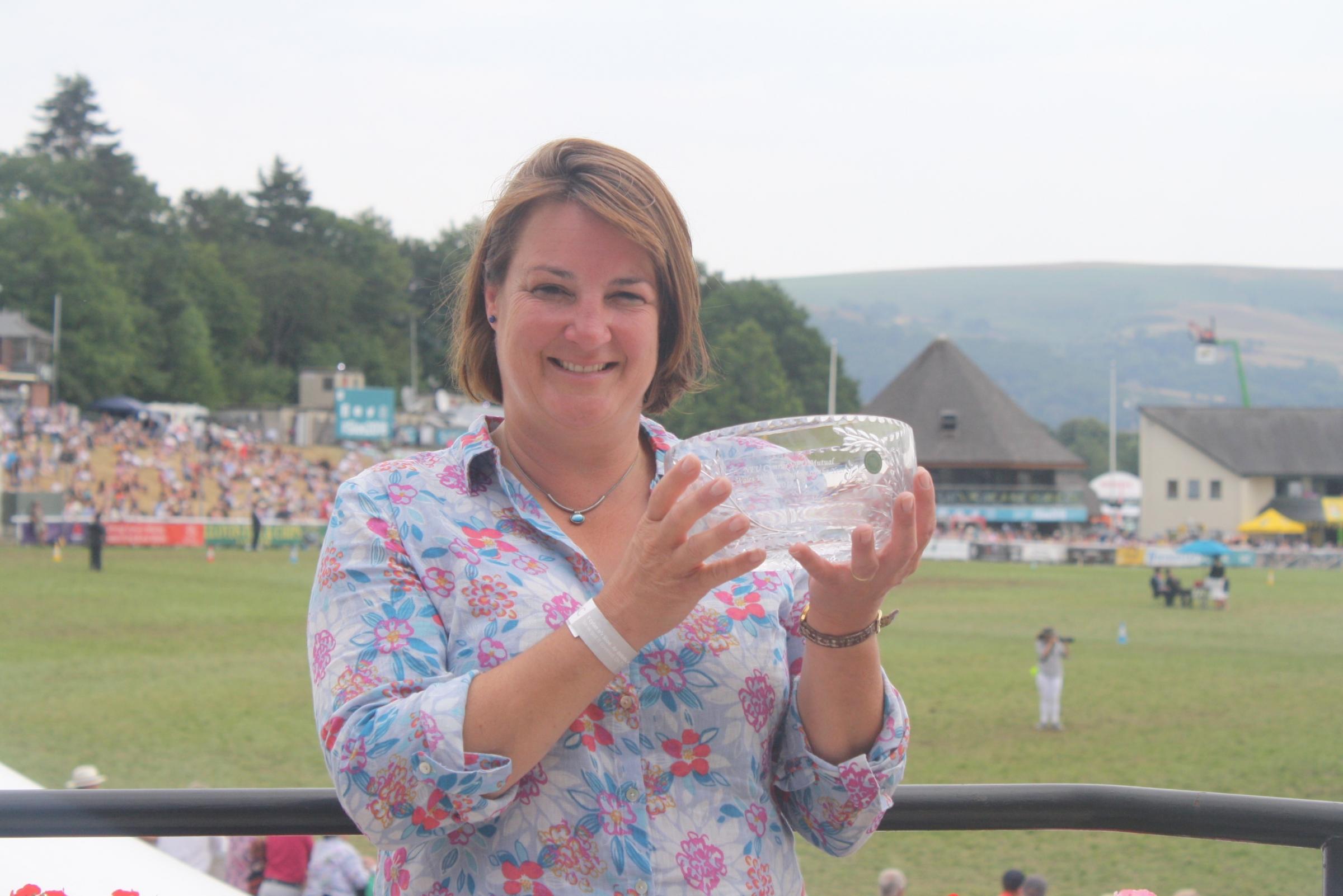 Stephanie and Olivia were lucky to attend the Women in Farming Network Annual Conference in Harrogate this week where they heard some inspirational females share their farming experiences. We thought we would continue the theme and introduce an award-winning woman in farming – Jess Yeomans, winner of the Wales Woman Farmer of the Year 2018.

Jess and her husband Gary run a herd of 700 milking goats, outside Abergavenny in South Wales. They have two children, Tommy 12 and Megan 11, along with 20 Welsh Black suckler cows, 3 horses, 3 ponies, 2 dogs and 2 cats. With a very busy life, Jess also finds time to work part time, off the farm, as a Farm Assurance Inspector on beef and sheep farms! She gives us an insight into just how she fits it all in… 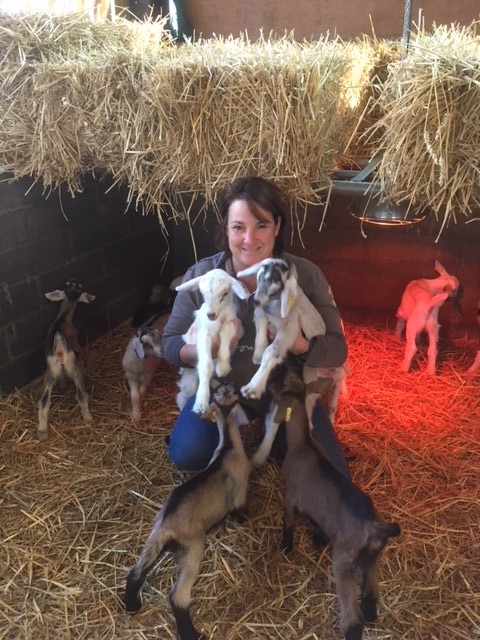 As Jess explains: “We have been producing goat’s milk since 2002 and it has all gone to make soft goat’s cheese in the Abergavenny Creamery. We have hosted numerous customer visits to the farm, including all the major supermarkets, various fast food chains and other cheese retailers. We have also featured on ITV Wales Coast and Country television programme and BBC Radio 4 Farming Today.

I am proud to be able to show these visitors around the farm so they can see how we look after our animals in our care.

“Gary had been milking cows with his parents, on their farm at Monmouth. We got together in 2000, then in 2001 his Grandfather died, and we moved to his farm, where we are now. At just over 100 acres, with only a few traditional buildings, we decided to look for an alternative way to farm. We contacted a local company, Abergavenny Fine Foods, who were making goats cheese from imported curd, and asked if they were looking to source milk locally. They were, and our venture into milking goats began. We put up a new shed and built a 20 point parlour. Having never had anything to do with goats, we started with just 100 goatlings, and 2 billies.

“Over the years, we have gradually increased the number of goats, keeping the female kids as replacements. They stay on their mothers for the first few days to make sure they have plenty of colostrum, then they come down to me, where I start them on the bottle, and then train them on to the ad lib automatic feeder. It is lovely to watch them grow, and to follow their journey from the kidding shed, to the milking parlour. We kid twice a year, in the spring and out of season in the autumn. We have been fortunate that we have found people that will take our billy kids at a week old, to fatten. Goat meat is becoming much more popular in this country, and there is definitely a growing market for goat meat.

“It is extremely rewarding being a farmer, as I get to see the young animals thrive and grow in my care. We also take a great deal of pride in the farm appearance keeping everything as tidy as we can, so that we are happy to show the general public our family farm.

This year I was honoured to win ‘Wales Woman Farmer of the Year’. Agriculture has been a traditionally male dominated industry, both on the trade side and farming. If someone mentions the word farmer, most people think of a man. The award, is a great way of promoting women in farming, and raising their profile. We may not always be in the forefront of people’s minds, but we’re one heck of a driving force!

We may not always be in the forefront of people’s minds, but we’re one heck of a driving force!