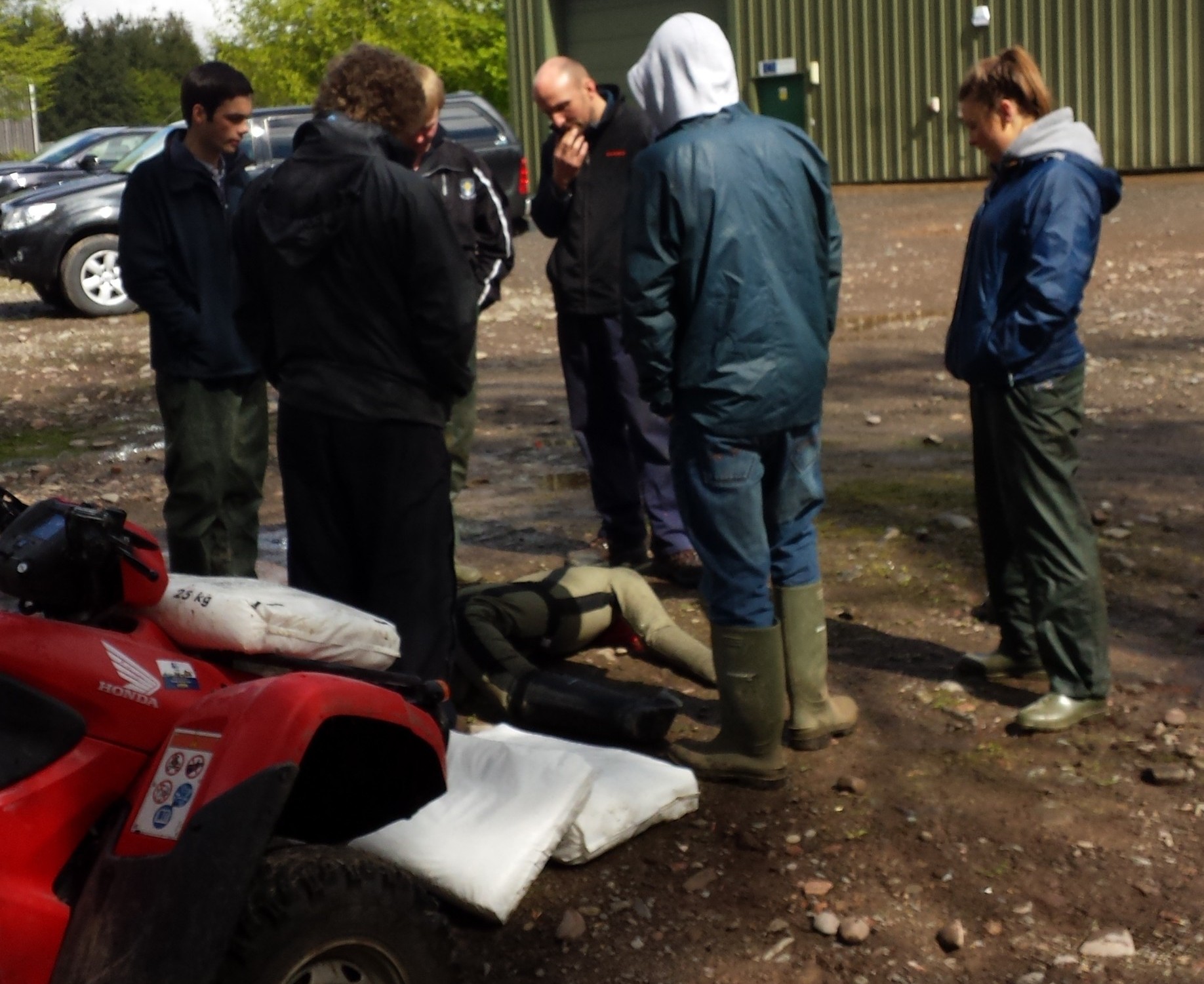 According to Stephen James, President of NFU Cymru and Wales Farm Safety Partnership member: “Today’s focus is transport and sadly, over the last ten years on Welsh farms, too many farm related fatalities have been due to vehicle overturns and being struck by moving vehicles. All terrain vehicles (ATVs), including quad bikes, can have fatal consequences if best practice is not adhered to. And still, even when it is, there is always the possibility that accidents can happen however you can take steps to reduce those chances and best protect yourself if an accident does happen.”

Experienced farmer Roger James lost concentration and hence control of his quad bike whilst riding up a slope on his Powys farm and ended up underneath it. Roger admits that a moment’s inattention changed his, and his family’s life forever. “99 times out of 100 I wouldn’t have gone up that slope on the quad bike,’” he says.  “I just wasn’t concentrating on what I was doing for those few seconds.  I did it without thinking.  Basically, I shouldn’t have been there.”

Roger was herding cows on his farm at the time.  Before moving the herd, he set off on his quad bike to check out the new field.   With a number of tasks in mind his attention slipped, just for a moment, from steering the machine along an appropriate route.

That fleeting loss of concentration meant he found himself riding up a slope instead of continuing his approach on level ground.  The result was sudden and dramatic.  The slope was too steep for the vehicle’s stability. It tipped backwards and upended, throwing Roger on to the ground behind.  As he lay there, stunned and unable to move, the tumbling machine landed on him.  Half a tonne of falling metal hit Roger’s unprotected body and smashed his pelvis.  He wasn’t wearing protective headgear so, serious as his injuries were, he considers himself lucky they weren’t even worse.

“Only the previous week I’d got myself a mobile phone, and that was the life saver, really,” says Roger. Despite his stunned state he managed to dial 999 for help, and also to ring his wife and son.  His family members quickly located him, closely followed by a paramedic team in a first-response vehicle.  The paramedics quickly assessed the situation and called for an air ambulance.  In a commendably short time Roger was airlifted to hospital.

Roger spent eight days in traction before being transferred to University Hospital, Coventry for surgery.  He then spent a further seven days in hospital and the following three months confined to bed.   But the consequences of that momentary lapse are permanent.  Roger’s injury has left him in constant pain with limited mobility.

Roger had always been aware of the risks in the agricultural profession.  “We spend our days working on our own in remote locations.  We’re constantly handling powerful machines.  And these days we’re doing more and more multi-tasking.  It’s vital to keep your mind on the job.  I’ve had years of experience, and my motor bike background gave me even more capability with quad bikes.  Yet that brief lapse of concentration took me and the bike where we shouldn’t have been.  Now I’m suffering the consequences.”

Stephen added “Roger’s story highlights that farm workers of any age run the risk of injury or death from transport related accidents. Working with ATVs, fork lift trucks, lorries and transport of all types is an ever-present danger on farms.  Don’t learn safety by accident. Take the time to think about what you are doing and what might go wrong as making a few simple checks could actually save a life – maybe your own!”

Deputy Minister for Farming and Food, Rebecca Evans, adding her support for the initiative commented, “We are committed to working together with the sector for a safer farming industry in Wales. By working with the industry we can do much more to ensure that farmers are equipped with the information and training they need to be able to make that promise to themselves and to their families to come home safe. We want to reduce the number of fatalities and injuries caused to farmers, their families, farm employees and others who come into contact with farm activities and I hope this year’s Farm Safety Week will help bring these numbers down.”#FarmSafetyWeek

Roger’s story can be seen on the HSE website at

Holding Out For A Hero…